News outlet like Canada’s Global News insisted on reporting the story with the familiar narrative, that a ”pro-Trump” supporter would be the culprit,  being publically racist when the opposite is the truth. They still haven’t corrected their story.

Global does a 100% reversal of motives from the actual facts as the perp himself quoted them to the police at the time. Canadians, DO NOT TRUST the legacy media in Canada. This is not the exception, the is the rule. its just nice to catch them doing it so clearly and obviously. Canadians you may have to use a VPN to see the video at the US site.

I screen capped the Global news story in case they change it in a typical attempt to cover up this hideous breach of public trust.

A man shouting “Heil Hitler, Heil Trump” during a performance of “Fiddler on the Roof” in Baltimore smelled of alcohol and told police he was motivated by his hatred of President Donald Trump.

Anthony M. Derlunas, 58, told an officer he “had been drinking heavily throughout the night” before the outburst at the Hippodrome Theatre on Wednesday night, according to a police report.

But before details of the police report became public in the early evening, the incident rattled many already anxious about a recent spike in anti-Semitism and hate crimes in Maryland and nationwide. 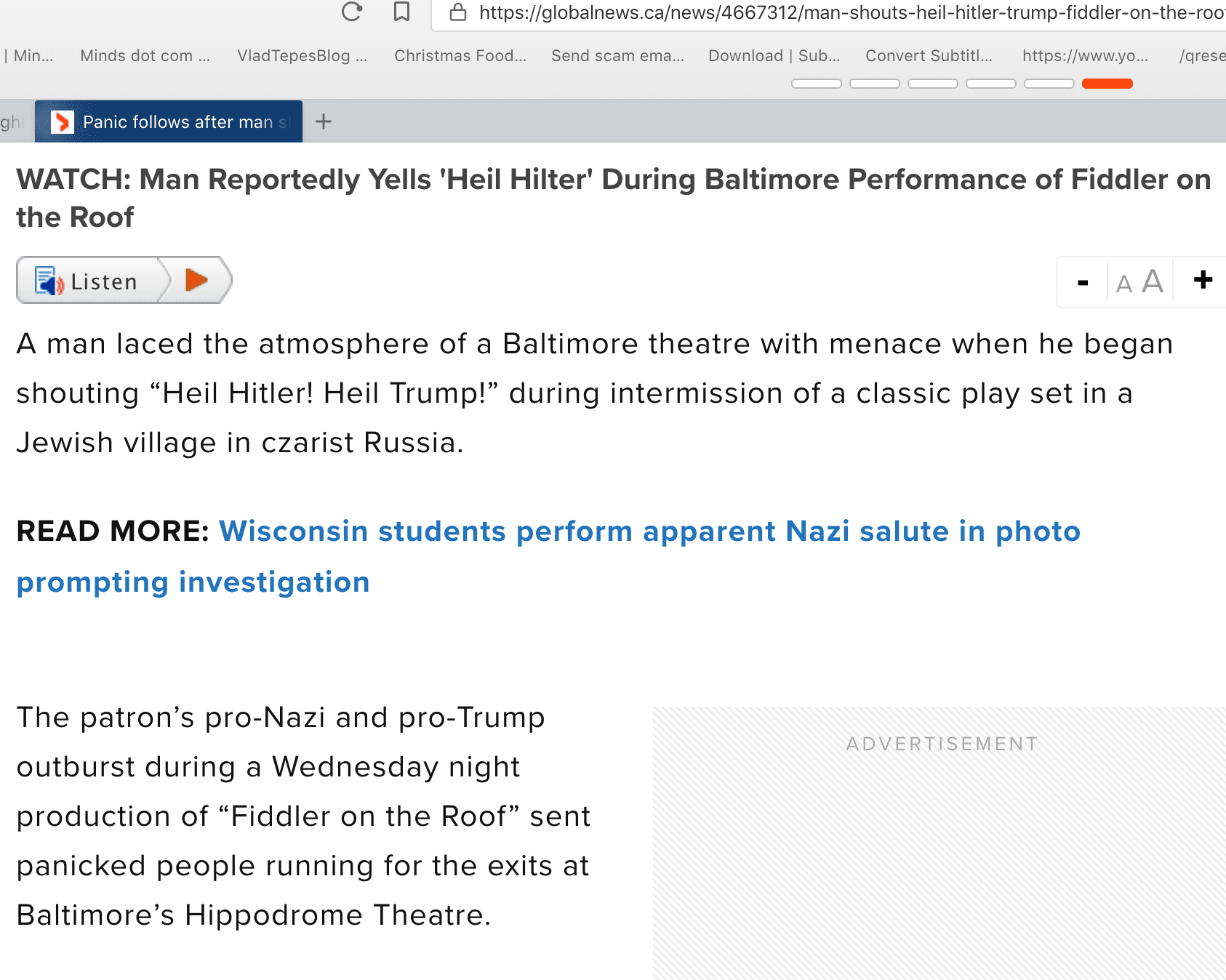