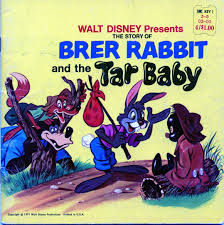 Italy’s former defence chief has said the EU’s anti-migrant smuggling operation is likely to bring more, rather than fewer, migrants to Europe.

General Vincenzo Camporini, Italy’s chief of defence from 2008 to 2011, told EUobserver in an interview that the operation, EUnavformed, will encourage smugglers to set adrift more people in the Mediterranean Sea because there’ll be more EU ships which are obliged, under international law, to rescue them.

“In essence, it’s helping the smuggling operation because it provides people with more means to reach their desired objective, which is to land in Europe”, he said.

“It’s just a continuation of what has been done so far by Italy, but also using vessels from other countries.”

He described EUnavformed as a political gesture designed to make the European public think their leaders are doing something.

“It’s the same as the fight against Isis [Islamic State]”, he said.

“If we compare the political declarations and the actual facts on the ground, we have very few concrete results. The engagement of Western countries, including the US, is more symbolic than real”.