The slaughter by these jihadis indeed had a point, a very specific one, so why did they (the Telegraph editorial team) choose to run such a story? Vlad gives the full answer.

NOTE: Great pick up by him btw. 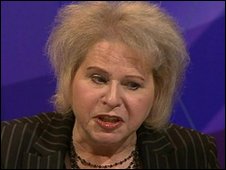 By calling an act of war, “Pointless Slaughter” The Telegraph is in fact attempting to remove the justification to fight back. This is no less than a modern, much more psychologically sophisticated version of a Tokyo Rose but from within our own borders.

Her observations as so patently poor in this article that she actually has to use identity politics to rationalize it. Sadly she is Jewish, which will only add to the already quite sufficient irrational antisemitism in Western nations already. There is no denying that the use of identity politics is a form of avoiding reason and stepping around it, and not an argument in itself. This is a central aspect of reason itself.

Also notice that she had to make up her own definition of war in order to make the French attacks not a war, and even by her own definition, entirely synthetic and proprietary, she is wrong. They are gaining territory, not just in the thousands of ‘No-Go’ zones in Europe and North America, but in the less tangible territory of our own rights in our own lands, a much more important and global territory they are obviously wining by the admission of our own media moguls.