Unreal, outrageous and over the top, but who here is actually surprised by the (Un)-American Thinker these days? I think that, parody, is the only way we should respond to anything related to that organization.

I wasn’t aware that Andy Bostom had written this article when I posted about American Betrayal early this morning. Dr. Bostom originally submitted his piece to American Thinker, and, like Diana West, was rebuffed — further evidence of the long arm of The Invisible Man. 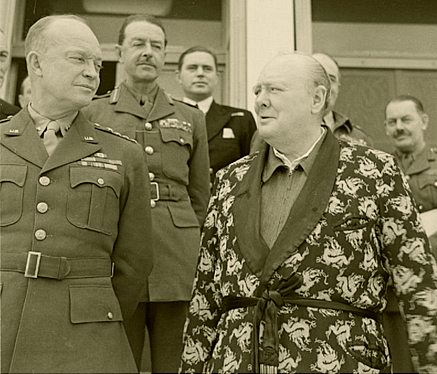 Déjà vu all over again, Diana West has noted at her website how she was not permitted to respond to a new round of critiques of American Betrayal at The American Thinker, which astonishingly included letter “appendices” containing two more rounds of ad hominem attacks on her by Ron Radosh and David Horowitz.

My own response to American Thinker’s “military expert” editor J.R. Dunn provides an introduction to a staid essay that was also summarily rejected without any ethical, or factual justification.

One last item, as an estimable (per your own mind) World War II (WWII) “authority,” you wrote, with typically inappropriate hubris:

Re: The “Aegean” issue arises from a single quote by Eisenhower and nothing else.Ike had to have been referring to Operation Accolade, one of the Brits’ attempts at the “Underbelly”, consisting of landings in the Dodecanese. (I know something about this…

The unsuccessful British Dodecanese efforts codenamed “Accolade” — which were apparently not very large troop deployments — at any rate took place between September 8 and November 22, 1943.

Eisenhower opined the following at Cairo on November 26, 1943, 2:30 PM, i.e., AFTER the failed Brit Dodecanese campaign, and focused primarily on the Po Valley, which mentioned (initial) “harrying operations” in the Aegean, followed by a sustained campaign only after other military objectives had been achieved within Italy/the Mediterranean theater, as reported in United States Department of State, Foreign relations of the United States diplomatic papers (FRUS), The Conferences at Cairo and Tehran, (1943), pp. 359-60:

Italy was the correct place in which to deploy our main forces and the objective should be the valley of the Po. In no other area could we so well threaten the whole German structure including France, the Balkans and the Reich itself. Here also our air would be closer to vital objectives in Germany….

The next best method of harrying the enemy was to undertake operations in the Aegean. There are sufficient forces in the Mediterranean to take this area provided it is not done until after the Po line has been reached….The time to turn to the Aegean would be when the line north of Rome has been achieved. German reactions to our occupation of the islands had clearly proved how strongly they resented action on our part in this area. From here the Balkans could be kept aflame, Ploesti [Rumanian; a significant source of oil for Nazi Germany] would be threatened and the Dardanelles [a Turkish strait, connecting the Aegean Sea to the Sea of Marmara] might be opened. Sufficient forces should be used for operations in the Aegean and no unnecessary risks run. He considered that the earlier British occupation of the islands had been right and justified, but that the position was now different and strong German reactions could be expected. In either of the two assumptions it was essential to bring Turkey into the war at the moment that the operations in the Aegean were undertaken

You obviously compound your intellectual laziness — i.e. you NEVER bothered to read the relevant FRUS Diplomatic Papers, with a fundamental reading comprehension deficiency. This explains your non-sequiturs and generally confused, profoundly ignorant (albeit confidently asserted) “observations.” Seen in this light, although these errors are now understandable, they remain unacceptable. It is well past time for thoroughly incompetent, self-appointed “gatekeepers” like yourself to in fact be given the gate to the great benefit of intelligent readers, fully capable of separating wheat from chaff without your “remedial” censorship. 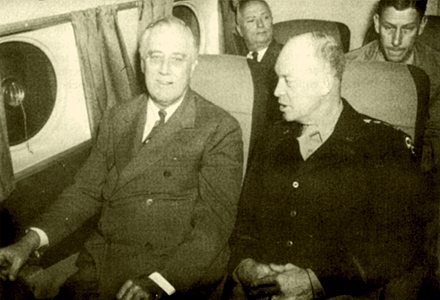 Installment two of Jeff Lipkes’ discussion of Diana West’s American Betrayal is entitled, “Diana and Ron: The Second Front.” Readers can decide for themselves whether or not Lipkes adequately represents Ms. West’s arguments by comparing his assessment to her own full chapter on the so-called “Second Front debate.” Regardless, I maintain readers wishing to understand this serious World War II (WWII) debate — and the post- WWII consensus about the geo-political consequences of its “resolution” — would do well to consider the historian Hanson Baldwin’s post-mortem assessment monograph, published shortly after WWII concluded.

Hanson W. Baldwin (d. 1991), was a military-affairs editor for The New York Times who authored over a dozen books on military and naval history and policy. Baldwin, a graduate of the United States Naval Academy, joined The Times in 1929, and in 1943 won a Pulitzer Prize for his World War II reporting from the Pacific.

Before retiring from The Times, Baldwin reported on the strategy, tactics and weapons of war in Korea, Vietnam, the Middle East and other theaters. Earlier, after covering the European and Pacific battles of World War II, as well as the immediate postwar transition period, so astutely, Hanson Baldwin had already earned recognition as one of the nation’s leading authorities on military and naval affairs.

In 1950, Baldwin published a pellucid World War II strategic assessment monograph of 114 pages entitled Great Mistakes of the War. Baldwin’s summary analysis identifies, in his words, the four “great — and false — premises, certainly false in retrospect and seen by some to be false at the time,” as the following:

The common denominator for these basic misconceptions, Baldwin argues, excepting, perhaps the second, which became a stubbornly willful “Rooseveltian policy,” was,

…lack of adequate knowledge about Russian strengths, purposes, and motivations; and inadequate evaluation and interpretation of the knowledge we did possess, or failure to accept and apply it.

Baldwin reiterates his contention (i.e., regarding points 1 and 2) that American wartime policy hinged upon avoidable fallacious premises, which caused us to be victimized by our own hagiographic propaganda about Communism, Stalin, and the Soviet Union, observing:

Russian aims were good and noble, Communism had changed its stripes. A study of Marxian literature and of the speeches and writings of its high apostles, Lenin and Stalin, coupled with the expert knowledge of numerous American specialists, should have convinced an unbiased mind that international Communism had not altered its ultimate aim; the wolf had merely donned a sheep’s skin. Had we recognized this — and all past experience indicates we should have recognized it — our wartime alliance with Russia would have been understood for exactly what it was: a temporary marriage of expediency.

Baldwin concludes his introductory elucidation of the four false premises by returning to the misguided fear about the Soviet Union brokering a separate peace with Nazi Germany (in the latter stages of the war), and the disastrous U.S. policy of inducing Soviet entry into the Pacific theater war against Japan (when Japan’s defeat by the U.S. and Britain, without any Soviet assistance, was in fact clearly imminent).