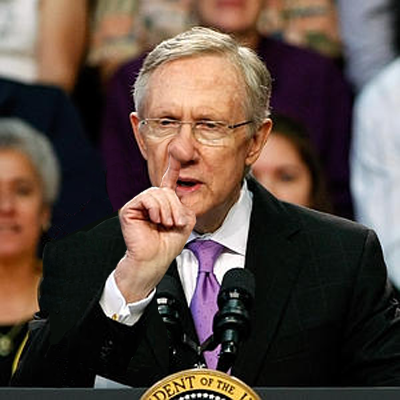 VHD is an excellent historian, but he settles for ”conventional wisdom” in place of hard cold facts on the late senator, Joe McCarthy, like many people I know have done in the past, even yours truly. It’s high time for a revaluation and rehabilitation of the late great senator’s record, and of his valuable service and contribution to the security of the United States of America.

You suggest in your syndicated column, “Harry Reid: A McCarthy for Our Time,” that we “ask Senate Majority Leader Harry Reid, D-Nev., the same question once posed to Sen. Joseph McCarthy by U.S. Army head-counsel Robert [sic] N. Welch: ‘Have you no sense of decency, sir? At long last, have you left no sense of decency?’”

First of all — that would be Joseph N. Welch, not Robert. Robert W. Welch was someone rather different — a founder of the John Birch Society. Second, I would like to ask you a question: Are you aware of the context of Joseph N. Welch’s showboating remarks?

M. Stanton Evans did the spadework in Blacklisted by History, his groundbreaking – no, orbit-reversing – book about the late Sen. McCarthy, who died in 1957. The book devastates the fact-devoid conventional wisdom (including the “no decency” fable) on McCarthy and reconstructs an evidence-based record. A very different person emerges from Evans’ research: a political leader who – alas for the purveyors of “court history” – in no way resembles the execrable Harry Reid.

Yes, Welch theatrically denounced McCarthy at a June 1954 Senate hearing for outing Welch’s assistant Frederick Fisher as a former member of a Communist front, the National Lawyers Guild. But weeks earlier, on April 16, 1954, Welch himself outed Fisher – confirming that he’d relieved Fisher from duty over his previous front membership – in the pages of the New York Times!

It sounds fantastic – it is fantastic – but somehow Welch’s baseless “no decency” accusation lingers, its staying power derived from wells of pure ignorance, laziness or mendacity. It cries out for correction.

I note that despite your being a widely respected historian, the historical record is not a part of this essay. That is, your examples of Reid’s allegedly McCarthy-like evil come down to the familiar buzz phrases – “Have you no decency?” and “lurid allegations,” the famous list of names, “un-American.”

Take Reid’s slander of Mitt Romney as a tax cheat and what you deservedly call Reid’s “pathetic rejoinder” on being asked for proof: “I’ve had a number of people tell me that.” You compare that to McCarthy’s 1950 list of Communists on the State Department payroll. You write: “One wonders how many names were on Reid’s McCarthyite ‘tell’ list – were there, as McCarthy used to bluster, 205 names, or perhaps just 57?”

Again, is this an apt historical parallel? Malicious slander against a GOP nominee and allegations about serious security lapses in the State Department? I don’t think so. If the implication in your use of the word “bluster” is that McCarthy had no list of names, I’m sorry, but the evidence laid out in “Blacklisted by History” (Chapter 14) tells us otherwise.

Your column continues: “When asked again to document the slur, Reid echoed McCarthy perfectly: ‘The burden should be on him. He’s the one I’ve alleged has not paid any taxes.’”