By Ayman al-Warfalli6 hours ago

BENGHAZI, Libya (Reuters) – A suicide bomb attack at an army base outside Benghazi in eastern Libya killed at least six people and wounded up to 15 on Sunday, medical and security sources said.

The attacker blew himself up in a car in front of the base in Barsis, some 50 km (30 miles) outside Benghazi, a security source said.

All those killed were soldiers, medical sources said, but the security source said the attacker was among those killed.

The security situation has sharply deteriorated in Libya’s second-largest city in the past few months where car bombs and assassinations of army and police officers happen regularly. 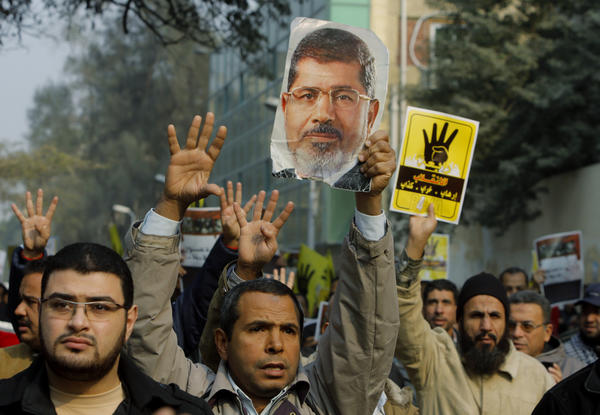 CAIRO — An Egyptian army raid meant to snare a wanted Islamist turned into a fierce firefight that left at least two soldiers and three militants dead in the volatile northern Sinai Peninsula on Friday, the military said.

The troops moved in after receiving reports that a fugitive Islamist leader was holed up in an area near Rafah, which borders the Gaza Strip. Instead of nabbing him, however, they found themselves in a gun battle so intense that the army rushed in helicopters to back up the soldiers on the ground.

The army’s chief spokesman, Col. Ali Ahmed, said in a statement that eight troops were wounded in “dense fire from all directions.”

The wanted man was affiliated with Ansar Bayt al Maqdis, or Partisans of Jerusalem, an Islamist group implicated in a number of high-profile attacks against Egyptian security forces in Sinai. The group also claimed responsibility for a failed attempt in September to assassinate Egypt’s interior minister, employing a massive suicide bomb. 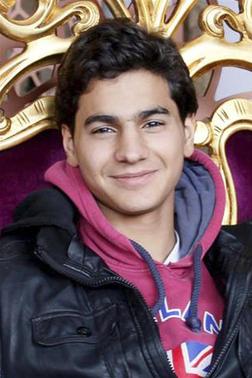 1 OF 2. Syrian activist and photographer Molhem Barakat poses at an undisclosed location in this recent picture taken in November 2013. Barakat died on December 20, 2013, as he took photographs of a battle over Kindi Hospital in Aleppo, between rebels and forces loyal to Syrian President Bashar al-Assad.

(Reuters) – A Syrian photographer who took pictures for Reuters on a freelance basis has been killed while covering fighting in Aleppo, activists said.

Molhem Barakat died on Friday as he took photographs of a battle over a hospital between rebels and forces loyal to President Bashar al-Assad. Rebels had accused government forces of turning the Kindi Hospital into a barracks.

As well as covering the conflict, Barakat took pictures showing the life of ordinary Syrians in the divided city, which used to be Syria’s commercial hub. BAGHDAD — A high-ranking Iraqi Army commander was among 18 soldiers killed on Saturday by suicide bombers and roadside explosions as they raided the training camp of a Qaeda affiliate in western Anbar Province near the Syrian border, Iraqi security officials said.

The commander, Lt. Gen. Muhammad al-Kurawi, the head of the army’s Seventh Division, was leading the operation at the desert camp, where the Qaeda affiliate, the Islamic State in Iraq and Syria, had been training new members in how to make roadside bombs, according to the security officials and a statement by the Ministry of Defense. Three other high-ranking army officers and 14 soldiers were also killed, and 32 others were wounded, after two suicide bombers detonated their explosive vests and 14 roadside bombs were set off, the security officials said.

Locals told RFE/RL by phone on December 20 that the shelling, now stopped, destroyed most shops in the bazaar and prevented people from taking wounded to the hospital.

The residents’ reports of civilian deaths come as the Pakistani military said its military operation in the region killed 33 people, all militants.

The army said fighting began late on December 18, when a convoy was attacked en route to a checkpoint, then expanded to target a militant hideout in Mir Ali.

December 21, 2013 (JUBA) – At least 30 South Sudanese civilians and two Indian peacekeepers lost their lives when the United Nations base in Akobo, in the far east of Jonglei state, was attacked on Thursday, according to South Sudan’s foreign minister. One Indian peacekeeper was also injured.

Speaking during a memorial ceremony for the Indian soldiers in the capital Juba, South Sudan’s foreign affairs minister, Benjamin Marial deplored the “cowardice” of those who carried out the attack.

The South Sudan government was sadden by the death of the two peacekeepers “who had paid [with] their lives to protect our citizens”, Marial said during eulogies at the base of the United Nations Mission in South Sudan (UNMISS) in Juba.