UPDATE: Stories now circulating that the US jihadi traitorous letch hasn’t been caught. Confusion still reigns over the actual identity of the jihadi detained. 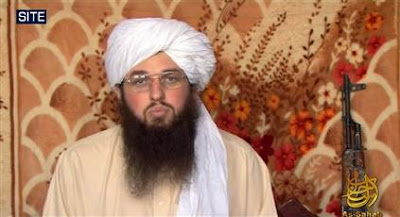 And he just gave his speech about American Muslims needed in jihad. Maybe he foresaw his own capture. I wonder how much of a human wreckage he’ll be by the time the US gets a hold of him? KGS

NOTE: Or will he ever make it back alive to the US to stand trial at Gitmo?

Gadahn, 31, reportedly held in Pakistan; $1 million reward on his head

ISLAMABAD, Pakistan – Adam Yahiye Gadahn, a U.S.-born spokesman for al-Qaida, has been captured in Pakistan, government sources said Sunday.
Gadahn was arrested in recent days, two officers who took part in the operation said. A senior government official also confirmed the arrest. They spoke on condition of anonymity because they were not authorized to release the information.
An intelligence source confirmed the report to NBC News, adding that Gadahn was detained in Sohrab Goth, a suburb of Karachi, and was later moved to the capital Islamabad.