Skip to content
Home
/
2009
/
August
/
21
/
Uncategorized
/
Germany: Muslim Asylum Seeker Gets Life for Running Over Independent German Wife…….
Facebook
Twitter
Google+
LinkedIn
Pinterest
“Onder B” believed it was his
right under Islam to correct his wife 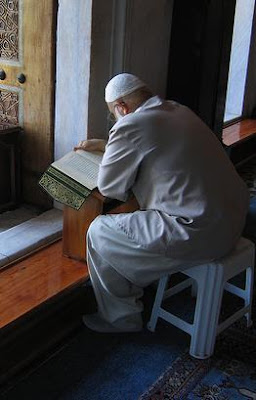 Hmmm, let’s see here,……
Your wives are a tilth for you, so go to your tilth (2:223)”. “Men are the protectors and maintainers of women, because Allâh has made one of them to excel the other, and because they spend (to support them) from their means (4:34)”. “I looked into the (Hell) Fire and found that the majority of its dwellers were women.” (B8.76.456)”OK, now show me just where I’m in violation of Islamic precepts?

Muslim man sentenced to life in jail after

The 27-year-old Kurdish man, identified only as Onder B, was found guilty today of stabbing his wife in the eyes, beating her with a billiard cue and then running over her in his car. His mother-in-law had once told him to be ‘strict’ with her strong-willed daughter, Mujde – who was also Onder’s cousin.On New Year’s Eve 2008 he stabbed his 18-year-old wife Mujde 46 times and beat her with a billiard cue. And because she was ‘already so disfigured from the stabbing and beating that she would hate me for the rest of her life,’ he got into his car and ran over her body several times.

Bielefeld District Court judge Jutta Albert convicted him on a charge of murder arising from base motives, and one of cruelty, because the defend ant stabbed his wife in both eyeballs while she was still alive.
He stabbed her so hard in the head with a fruit knife that the blade broke off in her skull. The case has pulled into sharp focus the cultural differences between Western values and the estimated three million Muslim immigrants living and working in Germany.
Bielefeld District Court judge Jutta Albert clashed repeatedly this week with family members of both victim and defendant as details of the horrific case unfolded.
‘One more remark from you and you’ll be removed!’ she told the victim’s mother. ‘Do you think you can behave here as if you were in a Turkish bazaar?’
The killer arrived in Germany as an asylum seeker, in 2001. He was 19 and Mujde was 11 at the time. He married a Turkish woman 10 years his senior, but the couple soon separated.
He returned home to Turkey in 2003, where he performed his mandatory military service, coming back Germany in 2006. Under a deal between their families a marriage was ‘arranged’ between him and Mujde, in which he then viewed her, according to prosecutors, ‘as his property’.
He returned to Turkey and left her in Germany after marrying in 2007. The court was told their relationship degenerated into threats and abuse carried out over the Internet with Mujde at one stage reporting him to the police.
The court heard how he was upset ‘that she behaved the way she did and didn`t do what he told her’. ‘She was too independent and she had to die for it,’ said the prosecutor.