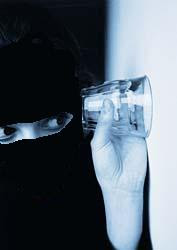 Did Ahmed convert from Islam?

Regardless of the Koranic quote that: “There is no coercion in matters of faith” (Koran 2:256)” forced conversion to Islam has always existed throughout Islamic history, being validated by later verses that command the faithful to:

“Fight those who believe neither in God nor the Last Day, nor what has been forbidden by God and his messenger, nor acknowledge the religion of Truth, even if they are People of the Book, until they pay the tribute and have been humbled. – (9:29) or

“Fight those of the disbelievers who are near to you, and let them find harshness in you…. (9:123)

Non-believers were, and still are, routinely put to the sword for not believing in the message of the so called ‘prophet of Islam’, or were forced to endure a status of dhimmitude, an Islamic institutionalized system of second class people who refused to convert to Islam. It was instituted to bring about two results, a constant flow of extra tax income to the Islamic majority, as well as to force non-Muslim peoples to accept the supremacy of Islam, and convert.

Usually a balance was struck between enforced dhimmitude and forcible conversion, in order to keep the non-Muslim population from being decimated to a point where the poll tax money (jizya) dried up completely, as well as to keep them from expanding their numbers to rival that of the Muslim majority. But nonetheless, whether by sword or through intimidation and coercion, non-Muslim populations accepted in large numbers the cult of their masters.

Nonie Darwish, who happens to be one of those Muslims who ‘deep sixed’ the cult of MO from their lives, knows what she’s talking about, and knows countless of others who have been victimized by their former co-religionists. She draws the reader to examine a few of those cases, as well as showing the sickness such a cult-like system has on a society as a whole. People are more afraid of their neighbors than of their police….in a police state mind you.

It’s what drives a family to slaughter their loved one in order to “save the honor of their family”, but in many cases, the grieving father is forced to butcher his own in order to save the lives of others in his family, the lives of the many outweigh the life of the one or the few. Read up folks, when the curtain is rolled back and the ideology laid bare for the naked eye to see, the facade of “the religion of peace” comes crumbling down on its head. An excerpt:

If You Convert You Die

The relatively few number of Muslims who dare to convert to Christianity do it in extreme secrecy. That is because the penalty for leaving Islam is death in all schools of Sharia, both Sunni and Shiite. Those who wrote Sharia centuries ago knew that keeping Muslims in total submission would be very difficult to maintain, and thus they established barbaric laws condemning Muslims to death for exercising their basic human rights to choose their own religion. Sharia never entrusted its enforcement only to the formal legal system.

Islam promises heavenly rewards to individual Muslims who take the law into their own hands. Sharia also states that the killers of apostates and adulterers are not murderers and therefore are not to be punished. That is why, for Islam to achieve 100% compliance to Sharia enforcement, Muslim individuals are encouraged to take matters into their own hands.

The end result is a chaotic society where everything happens behind closed doors but at a very heavy price to interpersonal relationships. Fear and distrust of others exists in all Muslim societies. Muslims are not just distrustful of the West, but they are distrustful of one another. In Muslim society, people are often more afraid of their neighbors and family members than of the police. Thus, we see husbands or fathers pressured to apply Sharia by killing an adulterous wife or daughter, or a perfect stranger participate in the killing of an apostate in the public square.

Very few get arrested or punished for such crimes across the Muslim world. The ingenious Sharia uses vigilante street justice to bring about Islamic submission. That is why civil unrest and honor crimes go wherever Islam goes. The power of Islam comes from turning Muslim against Muslim — with a reward in heaven.