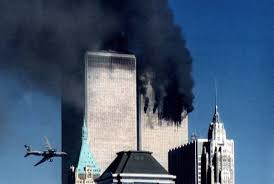 Today is the 6Th anniversary of when Islamic barbarism, under the direction of Osama bin-Laden, came to down town New York in all of its devastating madness. We all know what happened on that day, the heroism and the human tragedy, as well as what followed.

“The Long Fight” –a direct result from the outrage perpetrated on 9/11– against Islamist extremism is still with us today, and regrettably looks to be an increasingly more protracted fight than most first imagined.

To president George W Bush’s credit, he has tried to prepare American citizens to be patient and show resolve in the face of a very dedicated and vicious enemy. He has made it clear that this fight won’t be won on any battlefield, but in the hearts and the minds of the Muslim people Al-Qaida is trying to win over to its side.

My hope on this day of remembrance, is that Muslims the world over (especially those that read this blog) would come to see that modernity is not something to shunned or feared. That respect for one’s religion isn’t a guaranteed right, it comes from the daily mundane building of relationships, big and small, and fortified with the trust that results from it.

No amount of rage exhibited in the streets of the Islamic world –over some “provocation” against Islam– will ever induce people to respect Islam, or to trust a Muslim’s word that his religion is “one of peace”. Neither will any amount of intimidation or blackmail induce non-Muslims to respect the Islamic faith.

As long as Muslims –whether they be Islamist or those Muslims “apathetic” to the Islamist agenda– continue to point their fingers towards non-Muslims as the ones not being “tolerant” enough, in spite of Islam’s gross intolerance towards those outside their faith, they will never gain the respect they crave. They simply haven’t earned it.

Here is a closing thought for all of the Tundra Tabloids Muslim readers, I hope it causes some deeper reflection if the need is there. Respect is given only when it’s truly deserved, and that no prophet’s words are worth the spilling of another person’s blood. Salaam.
*L* KGS