The more I read about the genesis of US gun rights, the more I respect the British from which it hails, and enhanced by the Founders of the US…

” Samuel Adams in 1776: “A standing Army, however necessary it may be at some times, is always dangerous to the Liberties of the People…. Such a Power should be watched with a jealous eye”

The ”militia” was in fact the general population, and I dare say, who have every right to weapons as a standing army…the militia (the armed populace) was a check and balance to a federal standing army.

NOTE: The Bill of Rights are not rights bequeathed to the people by an elected government, they’re self evident rights, meaning that they existed long before parliaments and congresses recognized them. So even if the 2nd amendment was stricken from the books, the individual sovereign right to bear arms shall not be infringed. 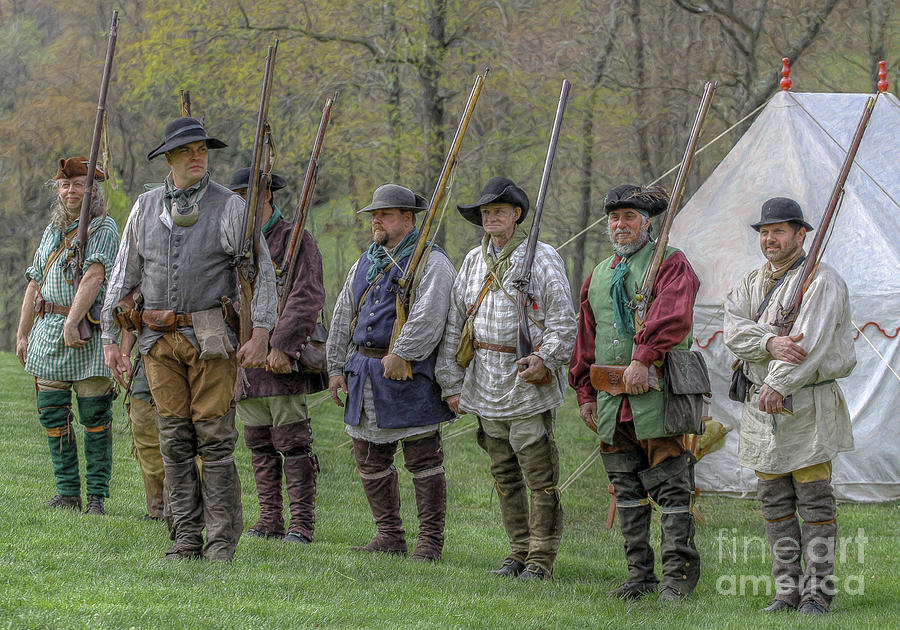 Some Perspectives from the American Revolution

Also published in The Law & Liberty

“The right of a citizen to keep and bear arms has justly been considered the palladium of the liberties of a republic, since it offers a strong moral check against the usurpation and arbitrary power of rulers, and will generally, even if these are successful in the first instance, enable the people to resist and triumph over them.”
—Joseph Story, 1833

It is depressing to a historian, on the occasion of the Bicentennial, that considerable mythology should still surround so prominent an event as the American Revolution. There are two interlocking myths that bear directly on the four issues that I wish to examine: the fear of standing armies, the abuse of power by the state, the role of the militia prior to the Revolution as well as in the American victory, and the background of the adoption of the Second Amendment to the Constitution.

The first of the two myths, and probably the most dangerous and persistent, is the notion that the Revolution was the work of only a minority of the American people. Perpetuated in numerous recent books, articles, newspaper columns, and television programs such as Alistair Cooke’s series “America,” the notion has gained ground since it was introduced in 1902 and is based upon a letter of John Adams supposedly estimating that onethird of the Americans were for the Revolution, a third opposed it, and a third were neutral.

Fortunately, as several historians have pointed out, Adams’ letter has been misread. A close examination of that letter to James Lloyd, dated January 1813, reveals that he was talking about American opinion of the French Revolution in the 1790s. Certainly, it does no credit to the dominant intellectual establishment in this country, with its obvious elite bias, that the myth continues to be put over on the great majority of the American people.

It was the great American physician, historian, legislator, and revolutionary David Ramsay who, in 1789, referred to the Revolution as a “people’s war.” John Adams, who shared that view, as did all of the Founding Fathers, actually estimated that over two-thirds were pro-American.

In several forthcoming articles I shall seek to show the massive American support in the events leading up to the war and in the war itself. There is not space here to detail that story. Much of it is so well known—the massive protests against the Stamp Act, the tremendous drop in the importation of English products, to give only two examples—that one wonders how the minority myth could have started in the first place. Perhaps the best piece of evidence with respect to the period leading up to the war, which can best be appreciated by lawyers, is that no American juries could be selected that would convict their countrymen of violations of the increasingly arbitrary British legislation. The government was thus driven to trying to place more kinds of cases in their Vice Admiralty courts, which had no juries, and in the end to a virtual suspension of that precious right.

The question of majority support for the war itself leads us into the area of the second, interrelated myth, and to the question of an armed militia. The myth is that the American Revolution was a typical, 18th-century war fought by regular armies and won by the Americans only because of the massive aid of French materials, money, and soldiers.

As we reflect upon the views of Americans of or near the revolutionary generation—such as John Adams, David Ramsay, or Joseph Story—as compared with the views of many later historians, two polarities appear. The early view saw the American Revolution as a majoritarian people’s war, in which the militia played an important role, while the latter view introduces the notion of a war fought and won by a (minority-controlled) regular army. In its purest form, the latter view implies that it was the French intervention that made possible the triumph of a revolutionary minority.

Read it all here, well worth the time to go through it all.