UPDATE: Helsinki University in a tweet to the TT now says that they’re reviewing their decision on inviting Tariq Ramadan to speak at the Helsinki event.

Somehow the name of Ramadan and the “prevention of radicalization” shouldn’t belong in the same sentence, unless the former is already serving a sentence for radicalization.

What I also find interesting is the woman in charge of inviting the Muslim Brotherhood, She more than likely considers herself a feminist of sorts, how does she square that round peg of inviting someone with the cloud of rape hanging over his head to speak on ‘radicalization’? Besides, we’re already swimming up to our eyeballs with Muslim Brotherhood types here in Finland, we’re totally subverted by them, and this proves it once again.

What does Islam have to offer in prevention of radicalization? 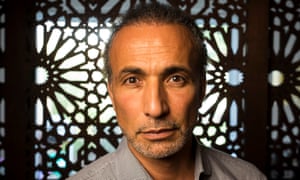 — Islam, radicalization and jihadism are presently on the agenda today. But what is ultimately known about them and where are the limits of tolerance? The topic is being discussed by international and national top experts, Tariq Ramadan, Thomas Bouvatier, Tarja Mankkinen and Hussein al-Taee.

Come and listen to the top experts in the field at the University of Helsinki’s Faculty of Science on Friday 10 November. 14-16 (Yliopistonkatu 4, Helsinki). There is free access to the event.

On the panel discussing:

The event is organized by the Academy of Finland’s Research Center for Reason and Religious Recognition (University of Helsinki, Faculty of Theology) and the ERC Research Project Knowledge in Post-Avicenna Islamic Philosophy (University of Jyväskylä).