Skip to content
Home
/
2009
/
August
/
24
/
aftonbladet
/
Ilya Meyer in the J’lem Post: In Sweden, Silence is Golden – Just Ask FM Carl Bildt…….
Facebook
Twitter
Google+
LinkedIn
Pinterest
Quote of the day: “The head of the Israeli Government Press Office, Daniel Seaman, said on Sunday he would not give accreditation to two of the newspaper’s reporters.”We are not obliged to accredit them. It will take time. We have to conduct verifications, maybe to examine their blood type to know whether they can be organ donors, “ 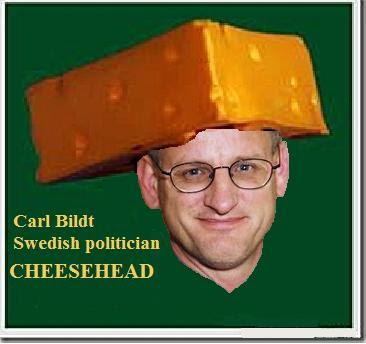 The Tundra Tabloids good friend, and fellow pro-Israel blogger, Ilya Meyer has an article published in today’s Jerusalem Post. Since Ilya says it all in his post, there is little left for the TT to say other than read what Ilya has to say and visit his blog over at //www.ilayameyer.com/ KGS

Silence is golden according to Swedish Foreign Minister Carl Bildt, the government official who insists his country’s ambassador to Israel must refrain from expressing an opinion on virulent anti-Semitic accusations in the Swedish left-wing tabloid Aftonbladet. Accusations intended as a blood-libel against all Jews and Israelis everywhere

Much of the material in Boström’s article came from a book he published in 2001 Inshallah which was jointly financed by the Swedish Foreign Ministry and various other government-backed organizations.

A worrying pattern emerges of governmental, church and trade union involvement in officially-sanctioned demonization of Israel.

This is no one-off phenomenon. Rampant Swedish media distortion and the tacit and blatant anti-Semitism expressed in various Swedish governmental and quasi-governmental organizations can be charted with the utmost clarity in an NGO Monitor report “A Clouded EU Presidency: Swedish Funding for NGO Rejectionism.”

THE RESULTS of media distortion and constant demonizing of Jews and Israelis are felt in Sweden all the time – most recently Saturday in a soccer match involving Jewish youth club IF Hakoah, in which spectators raced onto the pitch during and after the match to assault the Hakoah players for the crime of being Jewish.

One problem, however: at this particular match, none of the Hakoah players happened to be Jewish. Not that it mattered in a climate of hate cloaked in government silence.

Other aspects of Swedish silence that are equally worrying if one steps back and examines the broader canvas. Sweden is one of the world’s largest per capita donors to Palestinian Arab welfare. This funding comes in the form of tax revenues paid dutifully by hard-working Swedes lucky enough to still have a job, to the tune of about of 700 million kronor per annum and increasing yearly.

And despite the millions that he takes from Swedish citizens to give to Palestinians, Bildt deliberately chooses not to condition these payments on the Palestinians’ release of the only Jew in the Gaza Strip: the young Gilad Schalit who was captured by Hamas 1200 days ago and has since not been allowed contact with his family, legal representation or visits by the Red Cross – itself a gross violation of his human rights.

Bildt has every reason to be tight-lipped. Talking would put Sweden’s decades-old policy of selective silence in jeopardy. There’s too much at stake if people start asking questions. Swedes might start demanding that some of their tax money be spent on their own welfare rather than on Palestinians.

IN SWEDEN, anti-Semitism is not punishable. Neither is crass stupidity. Nor, for that matter, is gross incompetence in public office. But an ambassador who expresses her honest dismay over anti-Semitism while at the same time upholding Sweden’s proud tradition of freedom of expression and freedom of the press, is censured by the Swedish foreign minister.