Totten:What’s a little cowering in comparison to
stirring up an Islamic hornet’s nest?
Well Michael, if that’s your response to Yale University Press’ foolhardy decision to not republish the dreaded pics of Mo, in a book titled: “The Cartoons That Shook the World,” then when does the buffoonery end?Using Totten’s line of thinking as a guideline for future relations between the Judeo-Christian and Muslim world, the Ideology of Perpetual Outrage (IPO) will be in the sole position of defining for the rest of us, like the dutiful dhimmis they want us to be, what is permissible and what is not permissible.” Tell the Tundra Tabloids how this acceptable form of cowering, differs from that of the Organization of the Islamic Conference’s stated goals and positions? Totten is behaving like a dhimmi minority in the nightmare called Hamastan, Ramallah, or in the areas under Taliban control in Pakistan. What a maroon.For anyone interested, read Diana West’s opinions on it, or Andy Bostom’s. Such behaviour that the IPO is known to exhibit at a drop of a hat, shouldn’t be rewarded by censorship of our own texts, books, movies and art. They, the IPO will always find an excuse to rant and vent their rage at some perceived slight or insult. The Finns did just that only days after the Mo-toons went viral, with the Finnish publishing house Gummerus changing the cover on a book about Mohamed’s life (yes, some do believe he actually existed). The publishing house chickened out, and removed the picture and replaced it with an Islamic text. 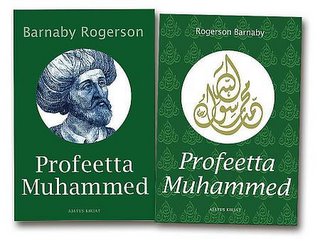 Finns that lack SISU have a tendency to behave like dhimmis. KGS