Detestable is a good description of what this court did…

What the Pennsylvanian supreme court did was to enshrine the “Catch-22 scenario” into their legal system. In order to have standing in their post-election lawsuit, Republicans have been told by the Democrat packed court that they should have filed it before the elections. However, if they were to have filed a similar suit to the court, before the elections it would have been dismissed for not having any standing since no one was yet injured by the rejiggered election system. 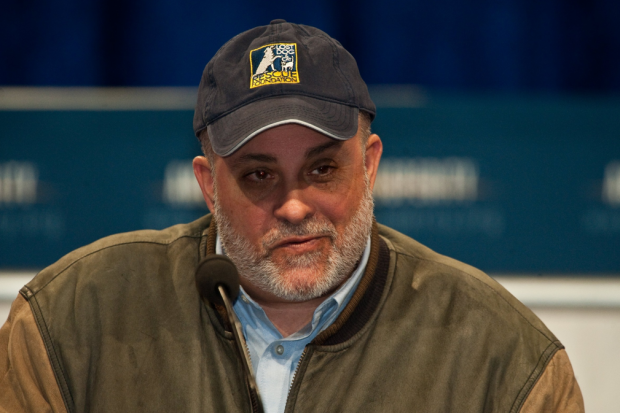 1. The rogue PA Supreme Court is the most detestable court in the land.  The Democrat majority doesn’t even pretend to sit as justices.

2. They’re political hacks in black robes who have destroyed PA’s election system, unconstitutionally seized power from the state legislature, and sits as a Democrat-Party politburo.

3. Rather than uphold the federal and state constitutions, it has shredded them. Stalinism lives.

The state Supreme Court, in a unanimous decision, threw out the three-day-old order.November 28, 2020 at 7:02 pm

HARRISBURG, Pa. (KDKA/AP) — The Pennsylvania Supreme Court has dismissed the lawsuit from Congressman Mike Kelly and congressional candidate Sean Parnell to declare universal mail-in voting unconstitutional in the state and deny the votes of the majority of Pennsylvanians who voted by mail in the Nov. 3 election.

The state Supreme Court, in a unanimous decision, threw out the three-day-old order, saying the underlying lawsuit was filed months after the law allowed for challenges to Pennsylvania’s expansive year-old mail-in voting law.

The week-old lawsuit, led by U.S. Rep. Kelly of Butler, had challenged the state’s mail-in voting law as unconstitutional.

As a remedy, Kelly and the other Republican plaintiffs had sought to either throw out the 2.5 million mail-in ballots submitted under the law — most of them by Democrats — or to wipe out the election results and direct the state’s Republican-controlled Legislature to pick Pennsylvania’s presidential electors.

Commonwealth Court Judge Patricia McCullough, elected as a Republican in 2009, had issued the order Wednesday to halt certification of any remaining contests, including apparently contests for Congress.

1/ So you might have heard the Pennsylvania Supreme Court just ruled against Trump’s lawsuit. All 5 Democrat justices said observers had a right to be in the room, not the right to actually observe. The 2 Republican justices dissented. Are you ready to go down a rabbit hole?

2/ Three of the Democrat justices were elected in 2015 in a campaign that set a national spending record in a Supreme Court race. The three justices  – Kevin Dougherty, David Wecht and Christine Donahue  – raised $3.98 million, $2.88 million and $1.95 million respectively.

3/ Where did the money come from? Here’s a clue. I found this in a blog post by Democracy Alliance, the powerful left-wing group founded by George Soros. “In 2015, (we) made a critical investment that helped establish a progressive majority on the Pennsylvania Supreme Court.”

4/ That’s quite a claim. Did they really help create a “progressive majority” on the court?  According to campaign disclosures, the top fundraiser in the race was Pennsylvanians for Judicial Reform, which funnelled funds from the PA Alliance (they even shared a mailing address).

6/ Let’s recap: Three of the Democrat justices on the Pennsylvania Supreme Court that ruled against Trump were elected in 2015 on the back of record campaign spending that led directly back to Democracy Alliance, a group founded by George Soros. It doesn’t end there.

7/ Remember when Pennsylvania Secretary of State Kathy Boockvar assured everyone that the election was carefully audited by groups like Democracy Fund and the Brennan Center? Guess who backs both of these so-called auditors?  Yes, Democracy Alliance.

8/ There’s still more. In the fall of 2017, Democracy Alliance hosted a conference in California called “Beyond #Resistance: Reclaiming our Progressive Future” where they addressed key issues of voter mobilization and “turning resistance energy into electoral action.

9/ One of the featured speakers was Tom Wolf, the governor of Pennsylvania (George Soros also spoke and attendees included Kamala Harris). Two years later, Wolf signed a bill that dramatically loosened Pennsylvania’s rules on mail-in ballots (we know how that turned out).

10/ Now put it all together. The left-wing group Democracy Alliance spent years putting money behind the politicians overseeing elections, the groups auditing elections, and even the judges adjudicating elections. The same money. With the same goals. And the same results.

11/ And this is just Pennsylvania. The influence of Democracy Alliance and numerous other Soros-backed entities reaches into other states and countries across the world, where the Soros-linked company Smartmatic has been hired to manage the vote in thousands of elections.

12/ An increasing number of elections are not being run by regular, apolitical people with a strong sense of fair play. There is a massive organized effort to politicize the electoral process world-wide.  This should worry people across the political divide. More to come.