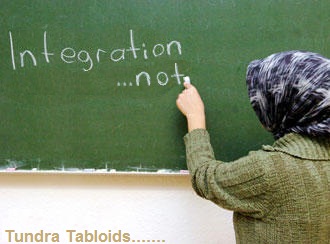 A Muslim woman in the French city of Reims ransacked the liquor area of a supermarket for the second time in under a month, causing even more property damage than the first incident.

The first attack took place on September 16th at a Spar supermarket in the Croix Rouge area of the city at around 6 p.m. and saw the woman smash bottles of liquor before she was eventually arrested by police and taken for psychiatric evaluation.

On Thursday, the woman returned to the same supermarket and began again smashing hundreds of liquor bottles and allegedly explaining to witnesses that her religion, Islam, forbids alcohol. She also said she suffered from mental problems, L’Union reports.

“I was outside the door when I heard the sound of broken glass,” local resident Salah Byar said.

“I turned around and saw this woman throwing bottles everywhere. I wanted to come in to calm her down but an employee asked me out because I was in danger of getting hit.”