Without Muslim forces pushing Islamization, this kind of study, no matter how shoddy or not, would never have been made. There is a modicum of truth in the report. Islam has achieved protected status in Finland, and against all warnings. Muslims sharia supremacists will continue to build on this success if there is no push back. I warned about this over a decade ago.

The study states: Finland is the 13th Islamic country in the world – the doctrines of the Qur’an are well implemented here 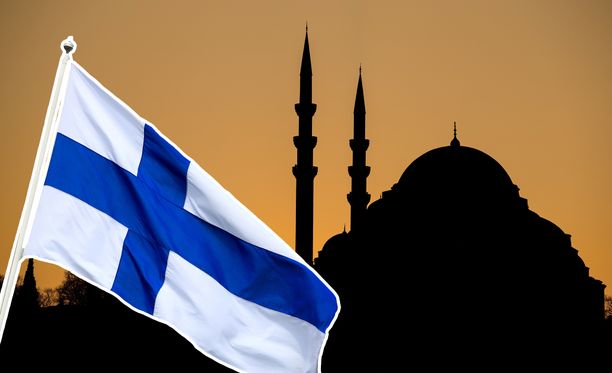 Today at 1:00 pm
Islamicity Indices, a research organization, arranges countries according to how well the Qur’anic doctrines are implemented in them.

The organization lists the countries that most adhere to the doctrines of the Qur’an. The most recent report is from 2018 and was first mentioned in Finland by Suomen Kuvalehti . Critics say the “Islamic index” has nothing to do with Islam.

The actual Muslim countries rank quite poorly on the list. The best performers are the United Arab Emirates, Albania, Malaysia and Qatar. They are ranked 45th, 46th, 47th and 48th.

A little closer look might make more sense to the listing. The organization says it believes that after the death of the Prophet Muhammad, Islam came under the control of rulers and imams.

It has continued to this point, according to Islamicity Indices, where imams, rulers, politicians, terrorists, institutions, organizations and individuals have little to do with the doctrines of the Qur’an.

“In most Muslim countries, people have little say in their country’s administration and are prohibited from discussing and researching their religion,” the organization says on its website.

Hossein Askari, an Iranian founder of the organization, a professor of international business, commented to the Telegraph in 2014 that many Islamic countries are unfair, corrupt and underdeveloped. At that time, Finland was still in the top ten.

According to Askar, Western nations are more in line with the teachings and principles of the Qur’an. In Muslim countries, Islam is more or less an instrument of power. According to Islamic Indices, the purpose of listing is to reform societies for the better.

The list measures the country’s economy, legislation and government, political and human rights, and international relations. So it does not focus so much on practicing Islam, such as prayer or religion.

The listing has garnered a lot of criticism. The index has been criticized, among other things, for completely ignoring the five pillars of Islam, which are religion, prayer, fasting, alms, and pilgrimage.