Danger lurks ahead though, traitorous rabble scurrying to scuttle the 31 October deadline…

The schemers scheme. Progressive statists will not be satisfied until they totally quash the liberty seeking Brexiteers’ dream of full sovereignty.

Boris Johnson’s gamble is paying off: Tory lead over Labour nearly DOUBLES in three weeks and most voters think the Queen was RIGHT to approve his request to suspend Parliament in his drive to deliver Brexit

By SIMON WALTERS FOR THE DAILY MAIL 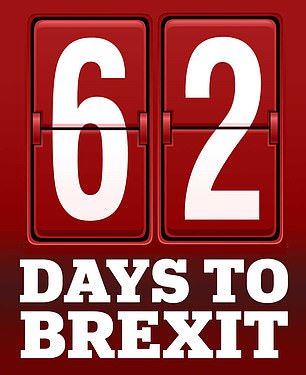 The Tory poll lead over Labour has nearly doubled in three weeks and most voters think the Queen was right to approve the Prime Minister’s request.

Even a fifth of Labour supporters believe Mr Johnson is doing a good job at No 10. Despite being an Old Etonian, he is seen as having more of the ‘common touch’ than Jeremy Corbyn.

The Survation poll for the Daily Mail is likely to fuel speculation as to how long Mr Corbyn can cling on as Labour leader.

Only a month after taking over at the Liberal Democrats, Jo Swinson is already seen as a more suitable prime minister.

The Conservative lead is three percentage points higher than on August 11.