They’ve done the exact same here in Finland as well…

The Islamists negotiated with Swedish political parties about voting in the 1980s, Egyptson claimed, citing a little-known report in Arabic by the Swedish Muslim Council (SMR) from 2001. The report, he claimed, highlighted collaboration between SMR and IFIS to ‘cooperate with Swedish parties to educate political cadres and fight for Muslim rights through these parties’.

How Islamists infiltrate the Swedish parties

Researcher Sameh Egyptson describes how the Muslim Brotherhood works purposefully to infiltrate Swedish party politics: “For us coming from the Middle East, this is not a surprise. “ 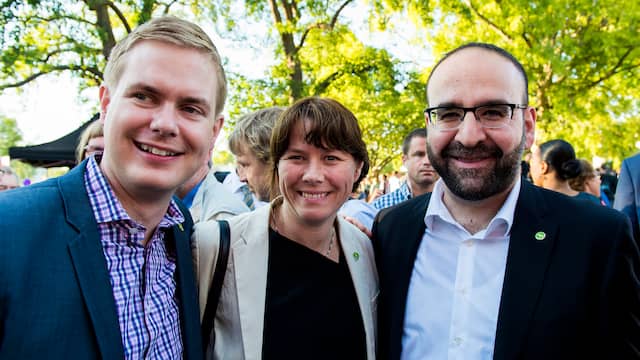 Debate | Islamism. There are certainly many who will react negatively when I mouth the word infiltration. Here I want to translate a word that was used by the former President of the Islamic Federation of Sweden (IFiS) Mahmoud Khalfi, today head of the Stockholm Mosque. In an article in the newspaper Tunis News, he uses the Arabic word, ikhtraq, which can be translated into the Swedish word infiltration.

Khalfi used the word when he described former housing Minister Mehmet Kaplan’s successful career in the Green Party and Abdirizak Waberis career in the Conservatives. He addresses it as an example to support his friends in the Muslim Brotherhood in Tunisia in order for them to be given a greater share of power. He informs them that Swedish parties, the royal house and the Swedish state have: “Normalised relations with the Islamic federation known to belong to the Muslim Brotherhood”.

Can the parties see a correlation between the aforementioned factors and the revelations that have affected them in recent years?

Elected to the party board

Mehmet Kaplan had a past as chairman of Sweden’s young Muslims, a subsidiary organization founded by the same people who founded the Islamic League, IFIS. Waberi had been chairman of IFIS when he managed to enter the Riksdag after the election 2010 and was put on the defense committee.

Omar Mustafa, who succeeded Waberi at the post of IFiS, praised his predecessor’s success in interviews with the Saudi television channel EL-Ekhbariya and described Waberis success as part of a common strategy to give the Muslims special rights in Sweden. Omar Mustafa eventually managed to be elected to the Social Democratic Party board, but was forced to resign after only seven days, which were marked by constant revelations of his relations with the Muslim Brotherhood. A wound in the Social Democratic Party that seems svårläkt.

Mehmet Kaplan went the same fate to meet as his friend Omar Mustafa, when his affiliations to the Turkish Islamist movement Milli Görus and other undemocratic Turkish organizations were revealed.

Since then, different revelations have surpassed each other. Also the center party has been exposed to infiltration and was forced to change his candidate list to Parliament for the last election. The culmination of the misery was when a miljöpartistisk politician wanted to sell his parish members ‘ votes to the Conservatives, with conditions for the benefits of a new mosque building.

In Egypt, the Brotherhood managed to infiltrate two of the three parties that inherited Nasser’s Socialist Party. Both parties disappeared from the political map.

Do not let votes go before basic values

For those of us who come from the Middle East, this is not a surprise. In Egypt, the Muslim Brotherhood managed to infiltrate two of the three parties that inherited Nasser’s Socialist Party, both liberals and social Democrats. Both parties disappeared from the political map. Now the situation is not the same in Sweden as in Egypt. Swedish parties have a long history, but this kind of revelations deplete the ideologies of the parties and give reason for accusations that votes come before basic values.

It is important that Swedish parties now investigate the infiltration of Islamists and return to their ideological values. For each new disclosure the parties lose confidence. Among the losers, we find not least the Muslim voters who disagree with the Islamists.

It is time to investigate the matter now – before it is too late.