Lots of dishonest bureaucrats still nestled in the government like ticks on a dog’s neck.

Experts on Climate Change Assessment: ‘Every Conclusion of This Latest Government Report Is False’ 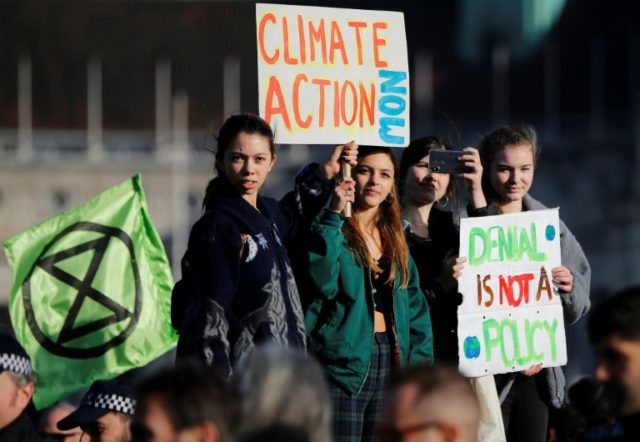 The federal government’s Fourth National Climate Assessment, released on Friday, has gained praise from leftists and left-wing environmental groups as a dire warning of the coming death and destruction in the United States if we don’t stop global warming.

But critics of the report, including scientists, have slammed it as “exaggeration,” bad science and even said its conclusions are “false.”

“This latest climate report is just more of the same – except for even greater exaggeration, worse science, and added interference in the political process by unelected, self-serving bureaucrats,” Tim Huelskamp, president of the Heartland Institute said in statements released by the free-market think tank following the report’s release.

“With a new volume out in December, The Heartland Institute has published 4,000 pages of the Climate Change Reconsidered series by the Nongovernmental International Panel on Climate Change (NIPCC), Huelskamp said. “Those reports cite many hundreds of peer-reviewed scientific papers that show how every conclusion of this latest government report [is] false.”

“This report from the climate alarmist Deep State in our government is even more hysterical than some United Nations reports,” Huelskamp noted. “The idea that global temperatures could rise as much as 12 degrees in the next 80 years is absurd and not a shred of actual data and observation supports that.”