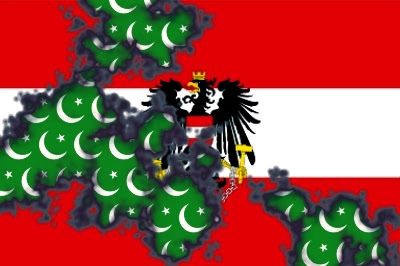 Vienna: A teenager only 14 years old was stabbed to death this morning on her way to school by her own brother in an act of Sharia justice.

No trace of regret at the first interrogation of the 18-year-old who stabbed his 14-year-old sister to death early Monday morning. On the contrary:

The Afghan seems proud of the honor killing of his family member. “It is good that she is dead,” were his first words after the confession to police.

The perpetrator, who is only 18 years old, turned himself in to the police the before noon this same day. In his opinion, it was “good” that his sister is dead now. “She stained our family’s honor,” was his first reason for the deed. The young Afghan does not seem to care at all that a prison sentence awaits him now.