All of this bull crap could have been avoided if Finland had unilaterally suspended the Schengen agreement at the time, which is already suspended presently.

A total waste of time, money and resources.

The Finnish Immigration Service is facing an unprecedented situation, with nearly 9,000 asylum decisions being challenged in court. So far this year, nearly one-third of asylum decisions handed down have been overturned or sent back for review by the Helsinki Administrative Court. 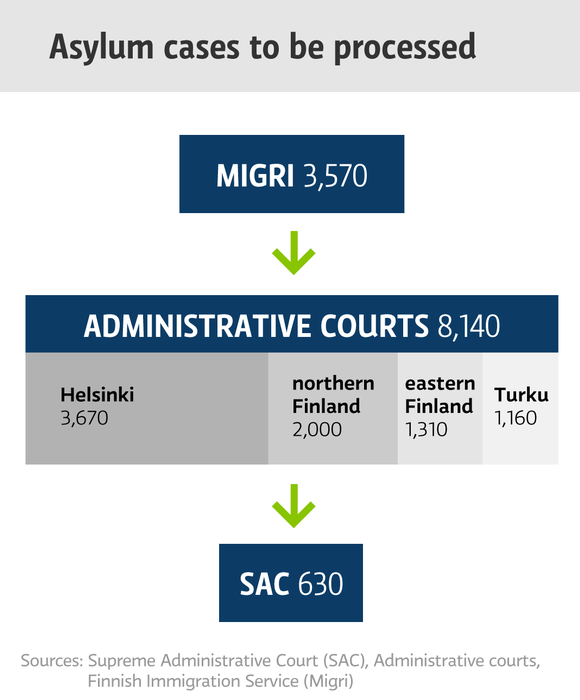 So far, many complaints filed at the Helsinki Administrative Court have either been sent back to immigration authorities for review or the court has overturned previous decisions by immigrations officials.

The administrative courts attributed the increase in recommendations to review previous decisions to the fact that complainants have presented new information. The Finnish Immigration Service, Migri, has also compiled its own records and also found an increase in flawed decisions.

By the end of January the Helsinki Administrative Court was the only such court in Finland to have heard asylum seeker appeals. Last year, such appeals amounted to more than 10,400.

The Helsinki court had been able to begin dismantling the backlog of cases by transferring half of pending cases to sister courts in eastern Finland, northern Finland and Turku.