What the hell is this? He has no constitutional right as president to dictate an economy…… 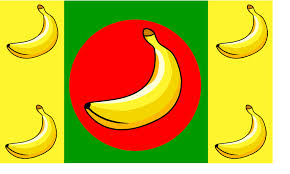 I refuse to cheer-lead policies that run against the entire concept of a free society. Do any of you reading this think for a moment, that Donald Trump’s demands haven’t emboldened the Left to do not only that when they get back into power, but on steroids? Trump is getting mixed advice on the economy, and it shows big time.

All that needs to be done is slash business crippling regulations, which means taking an ax to the EPA (dismantling it would be the best scenario) and reduce taxes to INDUCE, no coerce business back to America. If Trump is now going to threaten businesses to stay inside American shores, well the rest of the world (like with tariffs) will do the same before long, and a whole host of jobs will in fact be lost. This is insanity in a supposed free republic.

So the good people of Indiana get stiffed seven million dollars in Trump’s negotiations with Carrier and the state, for seven hundred jobs. A lot of other people across the nation will be getting stiffed as well as Trump and his (mostly liberal) economic team pick the winners and losers in the economy. This is a disaster in the making and I can’t keep silent about it. This is an attack on free market enterprise, and the free society and if was Obama or any other leftist Democrat doing this, the whole republican side of the aisle would be screaming bloody murder.

NOTE: Clue bat to the clueless, the business of business it to make a product people find beneficial and sell it while making lots of money doing it, not creating jobs. That’s a secondary issue, beneficial to the local community who take advantage of the opportunity afforded it. Businesses shop around for the best advantageous setting to do business in, and in a free (and hopefully least regulated) society, where freedom of movement is constitutionally guaranteed, a free market based economy booms.

PRESIDENT-elect Donald Trump has renewed his promise to build a wall along the US-Mexico border in order to dramatically reduce the amount of illegal Mexican immigrants creeping into the country.

The 70-year-old billionaire said the wall will have “doors” to allow legal immigration, but still believes illegal Mexican immigrants will sneak into the US.

Speaking in Indianapolis yesterday, Trump said: “People are saying, do you think Trump’s going to build the wall? “Trust me, we are going to build a wall. We’ll have doors in that wall but they’re going to come through illegally.

Trump vowed to punish companies who wanted to move their businesses from the US, in an attempt to keep jobs in the US – a swipe at businesses who have relocated to the south of the border.

NOTE II: This kind of economic jackassery is going to boomerang against liberty.