First, a great piece at GOV about the Visigoths who sacked Rome were first invited as refugees:

In his latest essay, Emmet Scott explores the parallels between the barbarian invasions of Rome in the 4th century A.D. with the migrant invasions of Europe in the 21st century. 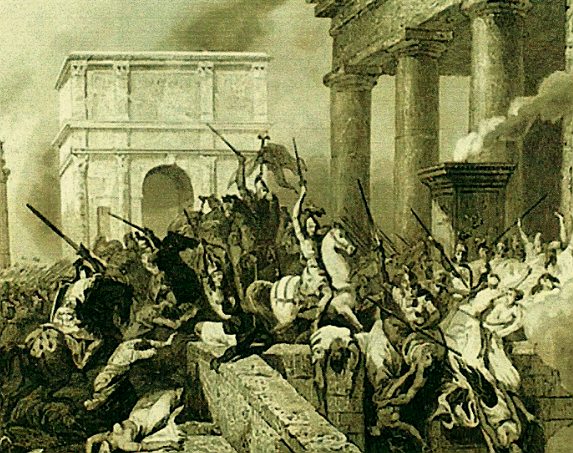 Lord Andrew Green, former British Ambassador to Syria and Saudi Arabia, has said a Brexit deal with Brussels that ties Britain into the free movement of people would be “immoral” and shake public confidence in the political system.

Lord Green, who founded the think tank Migration Watch UK, said the inability to control Britain’s borders was a major factor in people voting to leave the European Union and he is adamant the current level of immigration is unsustainable.

Speaking at an event hosted by the Bruges Group in London, he said: “As for the immigration chapter of the Brexit negotiations, I submit that the situation had become untenable.

“With one hundred million people in Eastern Europe at a standard of living of a third or a quarter of our own, a continuing substantial inflow was a racing certainty.

“Meanwhile, massive levels of youth unemployment in Portugal, Spain, Italy and Greece are likely to be a push factor for a considerable period.

“Our estimate is that net migration from the EU would have continued at about 150,000 a year well into the medium term.”