All self inflicted in their quest to become the “humanitarian superpower” of the world…..

The Political Rape of Sweden
by Fjordman

The first text I ever wrote under the pen name Fjordman, on February 20, 2005, was about the imported rape wave in Sweden.[1] Even though I am from Norway, I have probably written more texts in English about Sweden. Some essays that I wrote in 2005 or 2006 are still being circulated and quoted on the Internet, many years later.

Why this interest in Sweden? Perhaps this is due to its strong “brand.” Many outsiders still have a very positive view of Sweden. They are shocked when somebody describes what the country is actually like today.

Sweden is not the peaceful Utopia some admiring outsiders imagine it to be. Prime Minister Olof Palme was shot and killed on February 28, 1986. This assassination became a national trauma. Foreign Minister Anna Lindh was stabbed and lethally wounded on September 10, 2003. Tensions in Swedish society are even higher now than they were back then.

I was among the first to write for an international audience about the problems in Malmö. Sweden’s third-largest city is probably the most Islamized city in Scandinavia. In the past generation, unrest in Malmö has escalated from stabbings to frequent car bombings. Similar problems are spreading to other areas.

In Sweden today, many people fear for their future. Some feel like strangers in their own country. Several friends of mine either have serious plans to leave Sweden or have already left. They don’t want to grow old there, and they don’t want their children to grow up in an atmosphere of violence, crime and self-loathing.

Sweden has high levels of immigration and emigration at the same time. The same pattern can be seen in other Western European countries such as Italy and Germany.[2] Very often, educated natives leave while unskilled immigrants from the Islamic world or Africa enter. This is supposedly “good for the economy.” 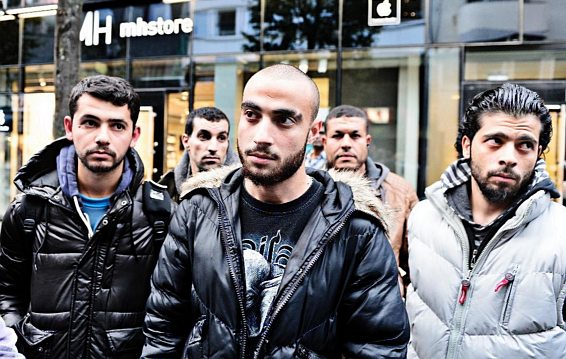 In less than 40 years, Sweden has gone from being the envy of the world to being an increasingly dysfunctional state. The single greatest cause of this negative transformation is mass immigration of people from very different cultures. Things that would have been unthinkable or at least extremely rare in Scandinavia two generations earlier have become commonplace. They include car bombs and deadly gang shootings in residential areas. Hand grenades have repeatedly been used to attack restaurants or even private homes.[3] The violence is no longer confined merely to the major cities. It also affects smaller Swedish towns.