Islam expert Professor Bill Warner has spoken on this subject before, here is another well written piece on the subject.

Islam and the Decalogue 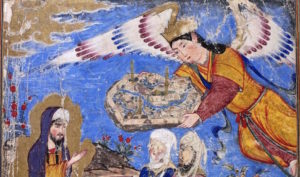 I first noticed something unusual about Islam during the 1980s when I was doing research for my book, Ethics in Context. I devoted one section of the book to the “Golden Rule.” The Golden Rule, in its negative or positive formulations, is incorporated not only in Christianity (Matt. 7:12), where Jesus declares it is a summary of “the law and the prophets,” but also in other major religions. For example, in Judaism, “What is hateful to you, do not do to your neighbor”; in Hinduism, “Let no man do to another that which would be repugnant to himself”’; in Buddhism, “Hurt not others in ways that you yourself would find hurtful”; in Confucianism, “What you do not want done to yourself, do not do unto others.”

I took this as evidence of the relative universality of rational ethical principles in the world. But in Islam, I could find nothing of the sort, rather just the opposite – a reverse Golden Rule, so to speak: “Muhammad is the messenger of Allah. Be merciful to one another, but ruthless to the unbelievers” (Qur’an 48:29); “Never take unbelievers for friends” (3:28). Furthermore, the commands in the Qur’an to slay the unbelievers wherever they find them (2:191), not befriend them (3:28), fight them and show them harshness (9:123), and smite their heads (47:4) – accentuate distance from the Golden Rule.

So I decided at that time just to omit any reference to Islam in that chapter. As I have discovered in further researches, however, the ethical/religious problems within Islam are even more serious. Just as Islam teaches the reverse of the Golden Rule, it teaches the reverse of the last seven of the Ten Commandments, which have to do with morality: