Not when you have a Russian mafia helping you to cross over at the exact place. 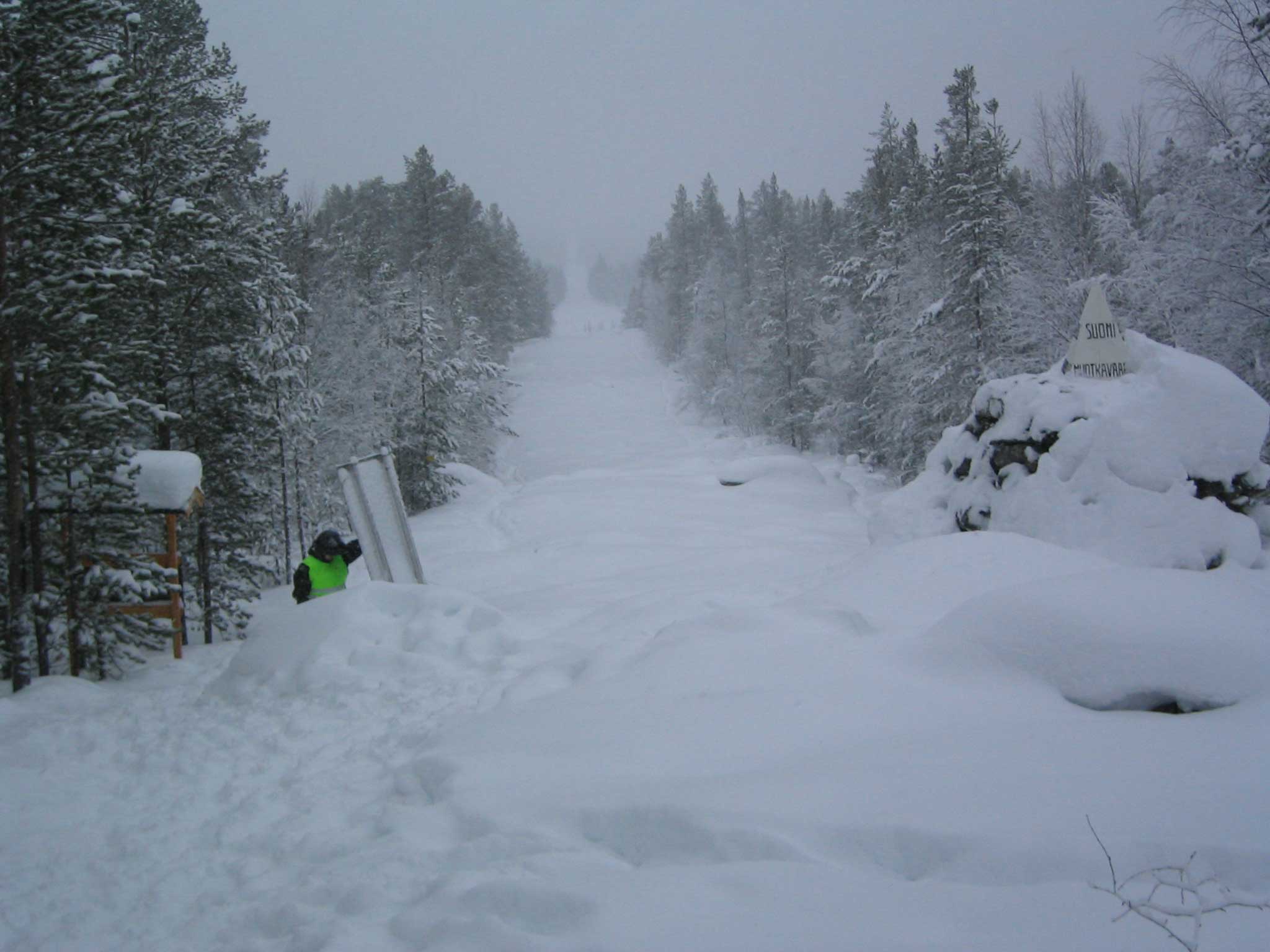 I watched last night’s A-Studio program, and the border police officials are not convinced, at all, that they did it on their own, without any help from organized crime, these Syrians (who now claim asylum) are lying, and hopefully repatriated back to Syria.

NOTE: The main objective of the Finnish border patrol, is to track for signs of illegal crossing, then follow the leads, the border is just to long to properly patrol.

Three Syrian men answered that question for Yle’s A-studio current affairs programme in an episode to be broadcast on Monday evening. The men entered Finland at the end of last year, hoping for asylum.

Three Syrian men illegally crossed into Kitee, Finland on 29 December, a bitterly cold night. They say they did so relatively easily thanks to a mobile map application. The men say they planned their trip for a couple of months.

“We were in Moscow,” one of the Syrian men told Yle, interviewed in Arabic at the Joutseno reception centre, some 150 km south-west of Kitee.

“We didn’t ask anybody to take us, because you usually have to pay a lot for transport. And you often get cheated or robbed. We decided to come by ourselves without help from anyone else. We studied the matter on Google. We spent a couple of months thinking about the best route,” he says.

According to the men’s account, they reached Russian Karelia by train and bus. They say they don’t remember – or declined to say – the name of the Russian village from which they headed toward the frontier. They also declined to reveal any more details of what they had done in Russia.

The men were very skilful – or lucky – to be able to slip past Russian border guards at night. They recall being afraid of bears and wolves.

“We could see the roads on Google. We could see where they were. But we didn’t go along the roads in case a patrol would see us. We purposely went cross-country away from the roads.”

“I didn’t see any border guards, just some motor vehicles and boot tracks. I didn’t notice any guards,” one of the Syrian men told A-studio.

“We didn’t see anything or think anything”

“When we reached Finland, we didn’t really think much of anything because we were in such bad shape. We didn’t see anything or think anything, as long as we could make it past the Russian guards and out of Russia. That was the only thought,” one recalled.

Late one frigid evening, the trio crossed into Finland near Lake Kangasjärvi, some 20 km south of the centre of Kitee. Travelling had become difficult as one of them was suffering from frostbite in his feet.

The Syrians sought help from a lodging place just over the border, which happened to be Russian-owned. That night, the business called the emergency centre, which immediately summoned the Border Guard and police to the location.

The border crossers say their only intention was to seek asylum in Finland – on which they are now awaiting a decision.

“It wasn’t difficult. Even if it was the border between Mexico and the US, there are gaps even there. There are gaps in all borders. Luckily we had the mobile map with us – and it got us here.”

Still, one added: “no-one else should think of coming the same way. There were plenty of patrols. We could see from the tracks that they had just driven by. We were somehow protected so that we could get here.”