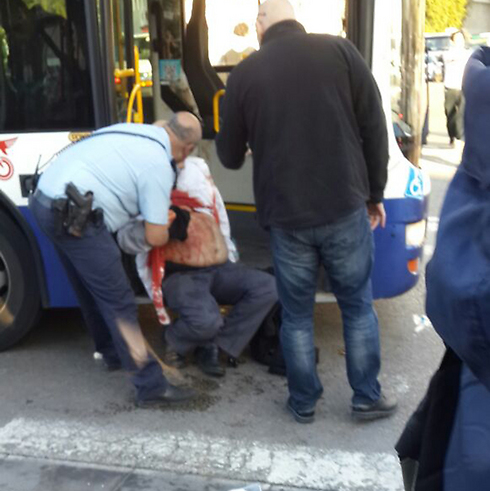 A Palestinian terrorist armed with a knife stabbed 13 people during rush hour on Wednesday morning in a terror attack on a bus in central Tel Aviv. Four of the victims were badly hurt in the attack.

At roughly 7:15 am, the terrorist, a 22-year-old from the West Bank town of Tul Karem, boarded Dan bus number 40 on Begin Road in Tel Aviv, close to Beit Maariv Bridge, and stabbed the driver and more than a dozen passengers before fleeing the scene. He was quickly tracked down by Israel Prison Service officers present in the area, shot and apprehended.