“Termont accused the complainer of ‘spewing hate’.  Besides, he said, the city is not responsible for who’s speaking.  And furthermore: “What you’re doing is precisely that the murderers in Paris wanted to do: murdering freedom of speech.” 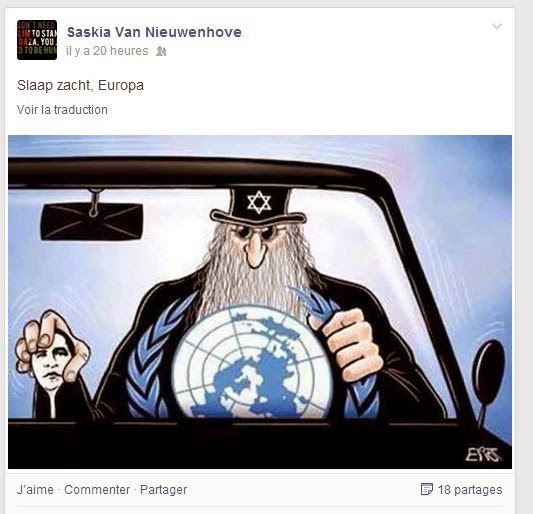 Today the city of Ghent will hold a silent march for “peace and respect”, following the terror attacks in France.

One of the people chosen to speak in this march is journalist Saskia Van Nieuwenhove.

Van Nieuwenhove is anti-Zionist and anti-Jewish.  In the past she has posted various conspiracy theories about Israel and  Jews.  She also supports Abou Jahjah and the AEL (Arab European League), who had in the past had targeted Belgian Jewish communities with violence.