Sharia always trumps everyone else’s rights, including the non-Muslim. 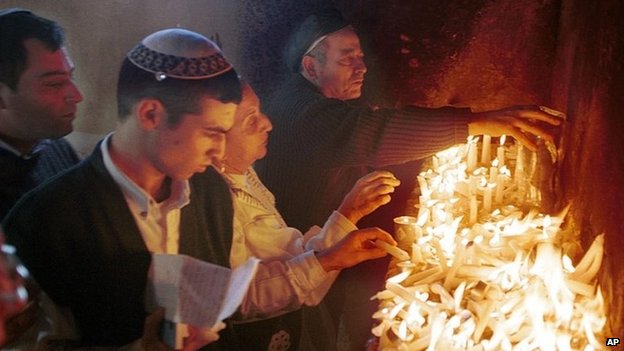 The court also ordered the removal of the tomb from Egypt’s antiquities and monuments list
A court in Egypt has banned an annual Jewish festival held in honour of a 19th Century Moroccan rabbi.

The Alexandria Administrative Court said its decision was due to “moral offences” committed in previous years.

Locals had reportedly complained about the consumption of alcohol and mingling of men and women at the tomb of Yaakov Abuhatzeira in the town of Damanhur.

Jews, mostly from Israel and Morocco, have made pilgrimages there since Egypt’s 1979 peace deal with Israel.

And in 2012 the festival was cancelled by the Egyptian authorities because of security concerns after the uprising that forced President Hosni Mubarak to resign.

Monday’s ruling will make the ban permanent unless a higher court overturns it on appeal.