More proof that the jihad against the Jewish state is an Arab/Muslim thing, not just a Paleostinian one.

The suspects – who include a number of Palestinians from the West Bank, two Jordanians and a Kuwaiti – had received orders from Hamas officials based in Turkey, it added. 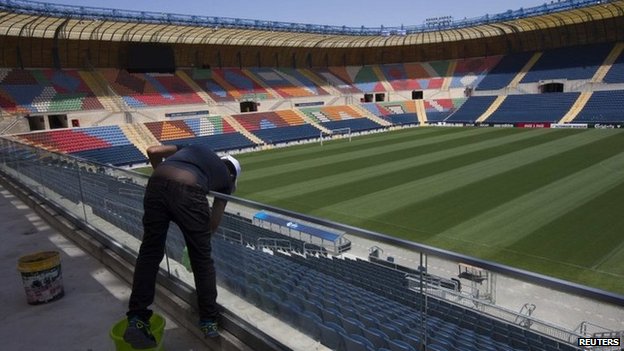 Israel’s internal security service says it has uncovered a Hamas cell in the West Bank that was planning to carry out a series of attacks in Jerusalem.

Shin Bet said it had arrested more than 30 militants who were trained abroad, and recovered weapons and explosives.

They planned to kidnap Israelis and their targets for attack included a football stadium in Jerusalem and the city’s light rail system, it alleged.

The arrests come at a time of rising Israeli-Palestinians tension.

Over the past month, 11 Israelis have been killed by Palestinians, including four rabbis and a policeman who were stabbed and shot at a synagogue in Jerusalem last week. Twelve Palestinians have also been killed, including several of those who carried out the attacks.

Shin Bet said the militants whose arrests were revealed on Thursday had plotted to attack Jerusalem’s Teddy Stadium and a tram, as well as carry out car bombings and kidnap Israelis in the West Bank and oversees.