Yeah, but it’s also worth noting that Elforkani is an anti-Israel nutjob. 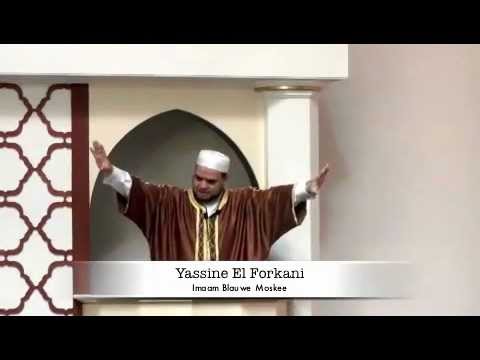 Actually we should not only encourage Amsterdam jihadi wannabes to head to Syria and Iraq (and rescind their passports after departure), but also get Yassin Elforkani to go as well. Maybe he can lead a whole group of them himself. If you’re a supporter of public square Islam, adiós.

The Amsterdam Youth Imam, Yassin Elforkani, has stopped preaching because he is receiving threats from radical Muslims.  He said that he had concrete indications that he was at risk. The threats started a year ago.

Those who threaten him see him as a traitor and heretic because he advises youngsters not to travel to Syria and participate in the jihad. The police told Elforkani that, “it would be better if he would be less active for a certain time.”  As spokesman of the Contact Organization of Muslims and the Authorities (CMO), Elforkani is the best-known Dutch Muslim who criticizes the jihad.