The mean that she’s subhuman.

Somehow people have rationalized that a Jew building a home in his/her ancient homeland is a ”crime against humanity” and an Arab sticking a knife into a Jewish girl’s neck a sign of self determination.

For some inexplicable (to me) reason we still have a greater fear of offending those who either hate us or who sympathize with those who do, than we do of constantly burying our own. Our own who die as a direct result of hatred towards us.

What Do They Mean She’s a ‘Settler’?

I showed my mother the headline about the stabbing. “A ‘settler’? Why did they call her a settler?”
By: Lori Lowenthal Marcus
Published: November 11th, 2014 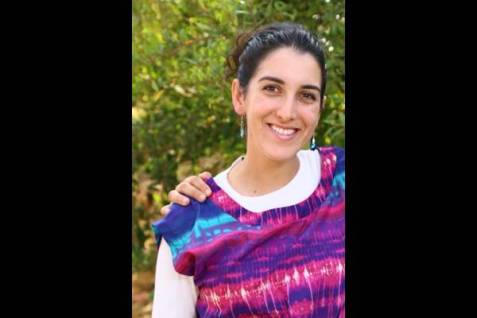 Dalia Lemkos, HY”D Is this the image you think of when you hear the word “settler?”
Photo Credit: Courtesy: Lemkos Family

I wanted my mother to come and see how absurd it is for the entire world – including virtually the entire Jewish world, and that includes most Jews who think of themselves as pro-Israel – to refer to the Jewish towns and communities beyond the 1949 Armistice Line as “settlements” in the “West Bank.”

But I never anticipated she would be at my side as we heard and saw, from a distance of just a few miles, a horrific terrorist attack.

This was the attempt by an Arab terrorist to run down and murder several Jews – any Jews, it didn’t matter who – with his car. When he failed to hit anyone, he jumped out of his car and began stabbing Jews who were just standing on the side of the road at a bus stop.

It happened yesterday, and by now most people who care about Israel have heard about Nov. 10, a day of rage, sadly one of many, a day of disparate attempts to murder as many Jews as possible. Attacks took place within the ’49 Armistice Lines and outside of them. It doesn’t matter, they want to kill us wherever we are.

One of the stabbing murders took place in Tel Aviv.

Just a few days ago one of my daughter’s friends, a young woman who is studying in Israel also this year, told us she really likes to go to Tel Aviv.

“Because I never have that weight on my shoulder, wondering if there is going to be some horrible terrorist attack, like we have in Jerusalem.”