Thankfully no one was seriously hurt, this is what happened to other Jews like them

Haaretz ‘journalist’ and Lefty whack-job, Amira Hass, was just in Helsinki this past Monday lauding the rights of these neanderthal barbarians to chuck stones at people. I shouted her down because of it, and she left the building fuming. I wish it was in fact Amira Hass’  car that was hit, seeing she is all for it. She should paint a big target on it and dress like a crash test dummy.

“I’m still in shock from the experience we just had, we were almost lynched,” Eti, the mother of the Cohen family said in tears on Friday, speaking with Ynet. 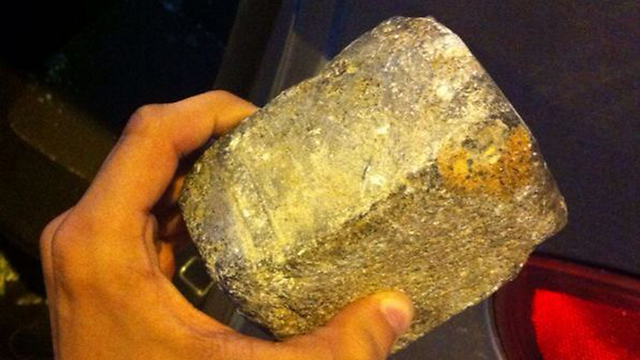 Ramat Gan family recovering from near lynch attempt after Arabs threw rocks, bricks at their car when they took a wrong turn on the way to a Golani swearing-in ceremony in Jerusalem.

A family from Ramat Gan narrowly escaped a lynch attempt on Thursday evening when they made a wrong turn and entered the East Jerusalem neighborhood of Wadi Joz, where rioters threw a volley of rocks and bricks at the vehicle they were travelling in.

The family had been on their way to a swearing-in ceremony of the Golani Brigade at the Western Wall in Jerusalem.

Fortunately, the father was the only one to sustain injuries, which were minor. This past week, riots have been taking place in the Arab neighborhood after residents heard that a local youth had died of wounds suffered in a clash with Israeli police last week.

“I’m still in shock from the experience we just had, we were almost lynched,” Eti, the mother of the Cohen family said in tears on Friday, speaking with Ynet.

“We were miraculously saved. I woke up this morning and the first thing I did was cry hysterically, not believing that we’re home and that we’re fine. I saw the pictures and couldn’t believe we were there and that it happened to us,” she added. 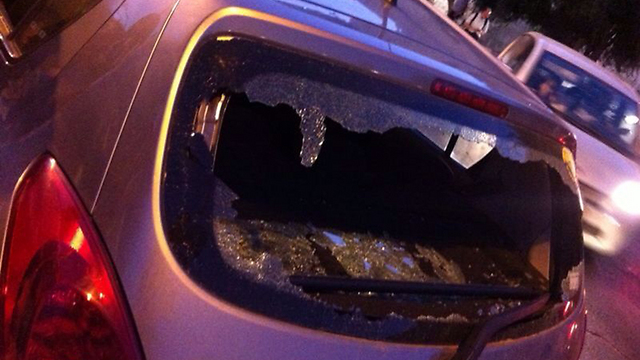 Heavy damage was caused to the car

“We arrived at the area of the Western Wall at around 6:15 pm. Since we’re not from Jerusalem, we used a navigation system that told us to take a right – so we turned right. We were fine for the first few seconds. My daughter served in intelligence, and she reads and speaks Arabic,” the mother explained.

“Suddenly she said ‘that’s funny, everything is in Arabic,’ and then I started to panic. We were on a narrow street and people began looking at us with faces that read ‘why did you come here? What are you doing here?’ I then told my family ‘we’re not supposed to be here.’ My daughter who was driving the car became nervous and we decided to try to leave quietly’.