Ireland of course is one very anti-Israel country. 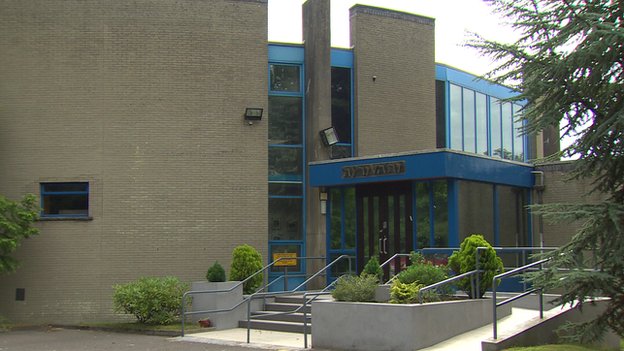 After a window was smashed Friday night and its replacement smashed again less than 24 hours later, Belfast police are treating the vandalism as a religious hate crime.

Rabbi David Singer told the news outlet the Jewish community had been “left shocked” by the incident.

“I think across the community, first of all, it’s very sad that it happened,” Rabbi Singer said. “I would imagine that there’s a certain amount of anger that it could happen, but angry in the sense of frustration, not angry in the sense that they’d want to do anything about it.”

“Certainly, it’s very sad and very disturbing that Belfast would show its face like this,” he added.

Pro-Palestinian demonstrations have been held in recent weeks in cities across Europe, including in France where they have spiraled into violent clashes with riot police and dozens of arrests.

Rioters have also vandalized several Paris synagogues over the past several weeks, including a firebombing incident in the Val d’Oise area of Paris.

The cumulative effect of the demonstration has led, as well, to an upswing in violence against Jews worldwide, with incidents recorded throughout Europe – and even in the US, where anti-Semitic leaflets were handed out in Chicago’s Pulaski Park neighborhood and a synagogue in Connecticut was graffitied over the past week.

In another well-publicized incident, a Berlin imam has openly prayed for the annihilation of Zionist Jews, asking Allah to “kill them to the very last one.”