Lets hope it brings down the entire miserable anti-American institution.

The ruling in the Z STREET case by Judge Ketanje Brown Jackson is the first substantive ruling by a judge in any legal action brought challenging the political impartiality of the IRS under the current administration.
By: Lori Lowenthal Marcus
Published: May 27th, 2014
Latest update: May 28th, 2014 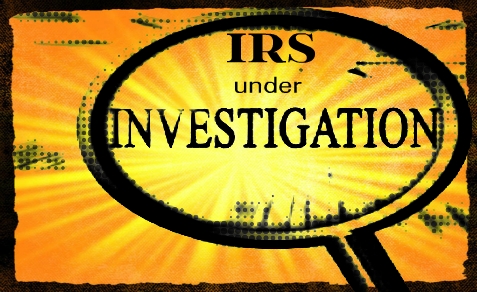 Federal court Orders IRS to respond to legal complaint of political discrimination, May 27, 2014.

Z STREET* sought tax-exempt status as a non-profit organization engaged in educating the public about Israel and the Middle East conflict. The organization filed its application in December of 2009.

On July 19, 2010, when counsel for Z STREET spoke with the IRS agent to whom the organization’s application had been assigned, that agent said that a determination on Z STREET’s application may be further delayed because the IRS gave “special scrutiny” to organizations connected to Israel and especially to those whose views “contradict those of the administration’s.”

That statement by the IRS agent, according to the Z STREET board, constituted a clear violation of the Constitution. The government may not treat an organization or person differently because of that person or organization’s political viewpoint. Such action by a government entity constitutes what is known as “viewpoint discrimination.”