The basement of the horrors of the Complutense University 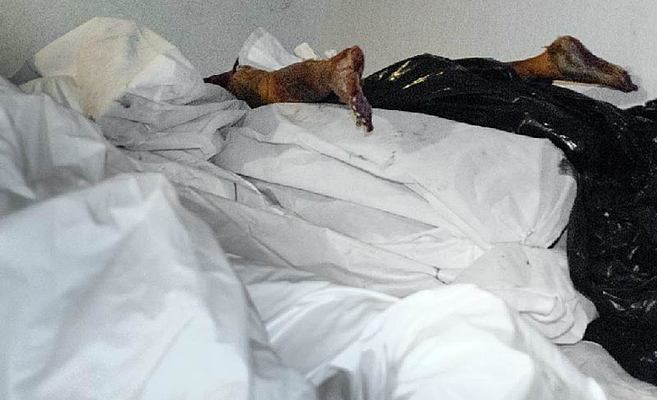 After use in class, take seven years to accumulate without being cremated

Department director says he has no means to manage the bodies

‘The crematory official retired and have not been able to replace ‘

Please note that this text , like images , can seriously shocking . As can those bodies and stacked limbs, torn , ragged , maintained at room temperature, in a scene of horror film, like the series The walking dead . Cadavers donated to science and now in unhealthy and dangerous conditions.

It is estimated that up to 250 . Many more than will fit in the place. Although the photos seem so, this is not Auschwitz in 1942. Neither Srebrenica, the horror of the former Yugoslavia in the 90s . Nor Rwanda and the Hutu against the Tutsi. What these images show is a huge pile of bodies , corrupt crowd and in poor condition , no less than in Europe, Spain , Madrid. Where? In the Faculty of Medicine of the Complutense University . Specifically, the Department of Human Anatomy and Embryology II.