China will come down hard on them like a ton of bricks. 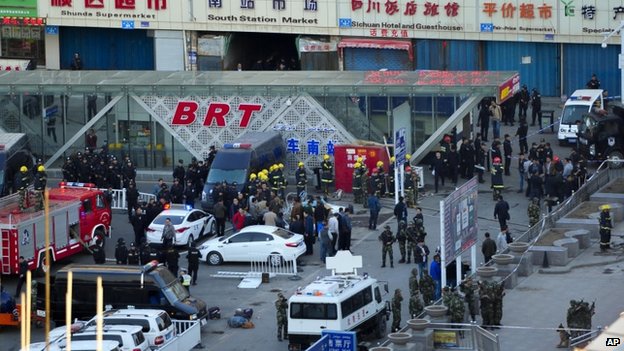 Security was tight outside the station following the explosion

A bomb and knife attack at a railway station in China’s western Xinjiang region has killed three and injured 79 others, officials and state media say.

The local government described it as a “violent terrorist attack” but said the situation was now under control.

China’s President Xi Jinping, who has just visited the region, has promised to step up “anti-terrorism” efforts.

Verifying reports from the region is difficult because the flow of information out of Xinjiang is tightly controlled.

Xinjiang has seen a series of violent attacks in the past year. Beijing blames the violence on separatists from the mainly Muslim Uighur minority.