And if they were arrested in the West, they’d spend a maximum of 8 to 10 years in prison before being kicked loose, after spending their time in the can converting inmates to Islam 101. 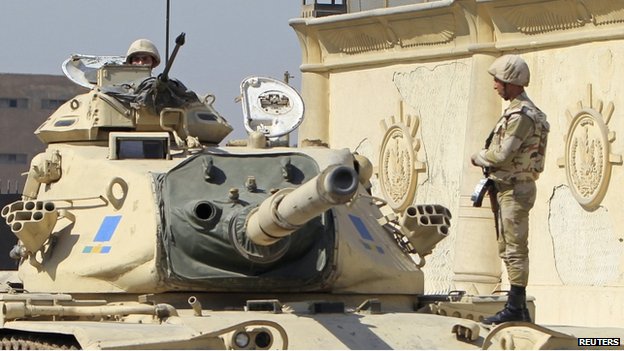 An Egyptian court has sentenced 26 people to death for founding a “terror group” with the aim of attacking ships using the Suez Canal.

The defendants were tried in absentia, Reuters news agency says.

The sentencing comes a day after the new Prime Minister designate, Ibrahim Mahlab, vowed he would “crush terrorism in all the corners of the country”.

Mr Mahlab has been put in charge of forming a new government following Monday’s surprise resignation of interim Prime Minister Hazem Beblawi and his cabinet.

Mr Beblawi was appointed in July 2013 after the military overthrew President Mohammed Morsi in the wake of mass protests.

Since then, more than 1,000 people have been killed and thousands of others detained in a crackdown by the security forces on the Muslim Brotherhood, the Islamist movement to which Mr Morsi belongs.

Militants based in the Sinai peninsula have meanwhile stepped up attacks on government, police and the armed forces, killing hundreds.