Good riddance, hopefully an example has been set.

Whether it’s Islamic jihadi terrorists, or of the socialist persuasion, social media cannot be allowed to promote violence against politicians, or against private individuals (not engaged in armed conflict against the civil society). 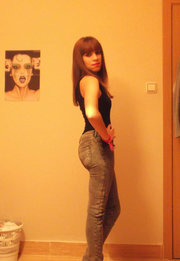 MADRID — The line between youthful rebelliousness and something more dangerous is not always clear. But in her angry musings on Twitter, Alba González Camacho, 21, who describes herself as a “very normal girl,” sailed across it. After she posted messages calling for a far-left terrorist organization to return to arms and kill politicians, Spain’s national court convicted her of inciting terrorism using a social media network.

It was the first verdict of its kind involving Twitter posts in Spain, and the case has touched on issues of where precisely the cultural, political and legal red lines lie in a country that not long ago lived under both the grip of Fascist dictatorship and the threat of leftist terrorism.

The case is also one of a recent handful that have pushed social media into courtrooms worldwide and raised issues of the limits of speech in the ether of the Internet. In January, two people received prison sentences in Britain for posting threatening messages against a feminist campaigner. The same month, a federal judge in the United States sentenced a man to 16 months in prison for threatening on Twitter to kill President Obama.

Ms. González Camacho, a student in southern Spain, says she is unaffiliated with any political organization. But she had invoked a group known as the Grapo, which killed more than 80 people, mostly in the late 1970s and 1980s, when Spain was returning to democracy after the lengthy Franco dictatorship. Although the Grapo never officially disbanded, security officials here consider it to have long lost its operative capability.

The group’s dormancy did not matter to the judge, who accepted the prosecution’s argument, which said that Ms. González Camacho had posted “messages with an ideological content that was highly radicalized and violent,” violating an article in the Spanish Constitution that prohibits any apology for or glorification of terrorism.