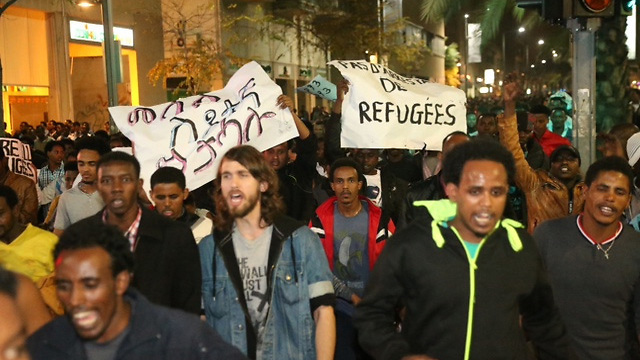 Thousands of protesters marched in Tel Aviv, crying out against the detention without trial of African refugees in the Saharonim and Holot detention facilities. The protesters, African migrants and Israeli citizens, marched from Levinsky Park in South Tel Aviv to Rabin square in the city’s center.

One of the protestors, Ibrahim from Eritrea, said: “I cannot go back to Eritrea because I will get killed. There is a severe political problem there. If I could go back home, I’d have gone back a long time ago.

Ibrahim added that “the immigration police always arrest me, not allowing me to live like a human being.”