If they have a tongue, you can trust them to lie with it the moment they open their mouths. As with the Left, they have to lie, because they want you to believe in absurd things that are simply not true.

NOTE: That’s how they think about every capital city in the world, it’s all for Islam.

Contrary to the presentation by Abdullah and Abbas, the Peace Treaty, signed by King Hussein of Jordan and Israeli Prime Minister Yitzhak Rabin, is between Israel and Jordan; the PA does not play a role.  The “Washington Agreement,” which set out the understanding for the terms of the Treaty, requires Israel to acknowledge the custodial role of Jordan over “Muslim holy shrines in Jerusalem,” it does not require Israel to allow Jordan to prevent “Judaization” of the city.  What it does require is for Jordan and Israel “to act together to promote interfaith relations among the three monotheistic religions.”

According to its peace treaty with Jordan, Israel recognizes Jordan’s role as custodian of Muslim sites in Jerusalem, but that role is not to “prevent the Judaization of Jerusalem.” 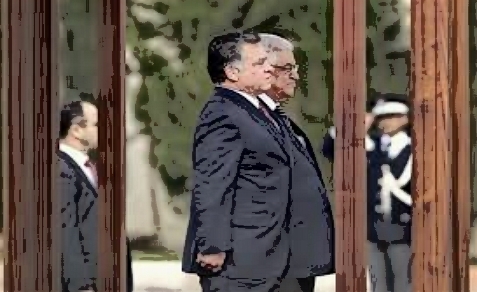 A statement issued by Abdullah’s palace expressed the terms of the agreement and asserted Jordan’s role as custodian of the Temple Mount and other “Muslim holy sites” in Jerusalem.  As custodian, the King asserted, he maintains all rights to exert all legal efforts to preserve them.