In the Islamic apartheid world, the non-Muslim is considered as trash. 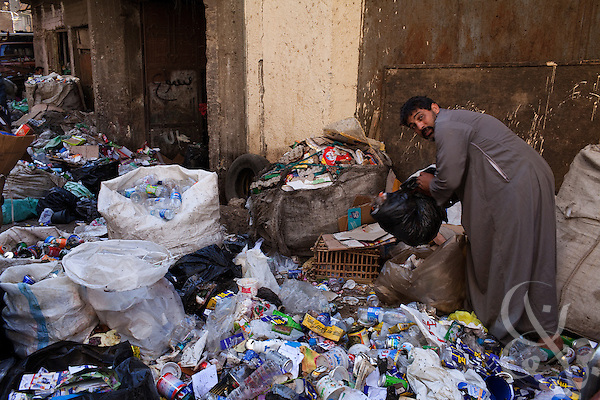 The Tundra Tabloids has reported many times on the Zabbaleens, Coptic Christians who have been forced to take up jobs such as these by the Muslim majority due to the lack of other job opportunities. The people may be smiling and appear happy, but ask them if they would prefer different work if the job market were truly open for Christians, as well as freedom from fear of living side by side the Muslim majority, they would respond differently.

These people are persecuted, to the extent that living amongst the garbage, rats and filth is more preferable than being with Muslims, that, more than anything else, tells you of the level of discrimination that exists for these people in this Muslim dominated country. Thanks to the Daily Mail for pointing this out, but they need to dig deeper than this article does.

NOTE: Here is once again a documentary of the Rubbish People of Cairo, previously published at the TT: Who’d be a dustman in Cairo? Revolting pictures of piled-up rubbish give Egyptian capital label of Garbage City

With mountains of rubbish towering over children and endless bin bags bulging from high-rise flats, these are the shocking images that show Cairo’s ‘Garbage City’ – where thousands of Egyptians live amongst piles of stinking rubbish.

Manshiyat naser, or Garbage city, as it is known by locals, is a slum on the outskirts of Cairo, just a short drive away from luxury five star resorts.

But these shocking photos show a whole community which has been living in the slums for hundreds of years surrounded by rats and rotting rubbish.