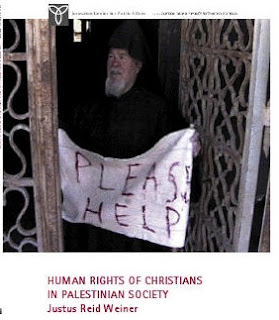 Folks it’s basically the same everywhere, whenever Muslims rubs up against the non-Muslim, and feel that they are in the majority (even within a non-Muslim state) and have the upper hand, they’ll intimidate the weaker party. There are incidents in Norway where ethnic Norwegian children are discriminated against by Muslims, the same in Sweden, Denmark and in the Netherlands. Now here is one more story in a long line of many, that shows what happens when Muslims are allowed to form the majority, even within the tiny microcosm of an asylum center. KGS
H/T: Fjordman
THE HAGUE, 21/10/10 – Christians are threatened or maltreated by Muslims in many asylum-seeker centres in the Netherlands, TV programme Uitgesproken EO has reported. The Lower House is demanding clarification.
Uitgesproken EO bases its report on a study carried out by Gave, a Christian organisation that helps asylum-seekers. It says that Christians experiene discrimination in 75 percent of the asylum-seeker centres in the Netherlands. In 67 percent of the centres, threats of violence or death occur, and in 33 percent, there is physical violence.
According to the staff of the foundation, which surveyed 28 asylum centres, Muslims are mostly responsible for the violence and the threats made to the Christian asylum-seekers. Apostates from Islam also face violent Muslims.
Small Christian party ChristenUnie MP Joel Voordewind is shocked by the results of the survey. According to Voordewind, this is a matter of “religious persecution of Christians within the borders of our own country.”
MORE HERE.