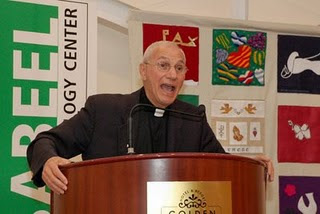 Anti-Israel Dhimmi Arab Bishop Naim Ateek:
Thanks Norway for inviting me and my anti-Semitic views,
I believe that this is the beginning of great relationship!

Naim Ateek: ” Norwegian bishops are balanced and knowledgeable in their relationship with the Middle East.” “In general, I find that one finds much more biblical and theological conservatism in Norway than in many other places in Europe, as in Sweden. Here is a great need to help people understand how to interpret the Bible in light of what’s happening in our home. “

Whenever one hears of the SABEEL group, anti-Israel and anti-Semitism should immediately spring to mind, the organization is rife with representatives of “the cloth” that are highly political and have an agenda in turning back the clock on relations between Jews and Christians. Not only that, this one particular bishop voices the very same kind of extremism one finds coming from the Hamas and Fattah, that being, wishing that the Jewish state of Israel never existed in the first place.
The Tundra Tabloids holds Naim Ateek’s views with contempt, denying Jewish self determination is a classic example of anti-Semitism, and such anti-Israel views as this finds a natural home within the Norwegian government and the Lutheran Church, that’s why he’s been invited there to speak, because they share his anti-Semitic views. KGS 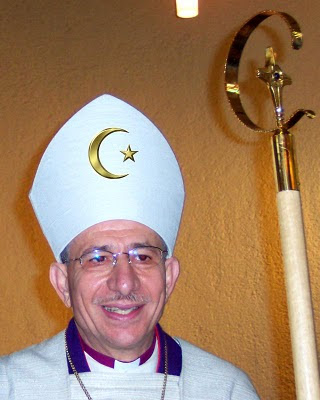 Bishop Munib Younan: We Arab bishops like
Scandinavia, they share our latent anti-Semitism!
Driving a Theological Intifada Against Israel:
The Palestinian theologian Naim Ateek was last week in Norway to turn Christians against Israel by convincing them that the land promises in the Bible is abolished, and that Jews no longer God’s chosen people. He believes that Israel should never have been created, and that it has become an apartheid state that should be boycotted.
Naim Ateek head of the Palestinian grassroots theological organization Sabeel, whose stated aim is to work for a just peace (TT: euphemism for the destruction of the state of Israel)  in the Middle East. He has developed a distinctive “Palestinian liberation theology” that he actively used to promote pro-Palestinian and anti-Israeli views to Western Christianity. In Israel, Sabeels activities  are referred to by some as a “theological Intifada”, and in meeting with Norway TODAY Naim Ateek says that he accepts this designation of their business.
– Store needs in Norway
Norway TODAY met Naim Ateek just prior to the seminar on the NLA, and was told that he believes Israel should never have been created, and that Israel shouldn’t remain a Jewish state. He compares Israel’s actions in 1948 with the Holocaust, says it is Israel’s responsibility to create peace by entering Judea, Samaria and East Jerusalem, calling Israel an apartheid state and calls on the international community to boycott and isolation.
Ateek says he has come to Norway to promote peace and justice in the Middle East (TT: euphemism for the destruction of the state of Israel) and help people to understand what is really happening, (TT: Spread his propaganda) from a Palestinian Christian (TT:dhimmi) perspective. He believes he has a big job to do in Norway. – In general, I find that one finds much more biblical and theological conservatism in Norway than in many other places in Europe, as in Sweden.Here is a great need to help people understand how to interpret the Bible in light of what’s happening in our home, “said Ateek.
Read the google translation to the article here