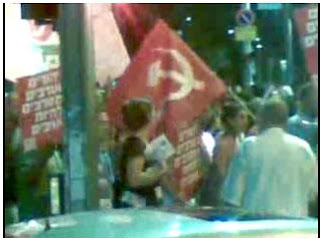 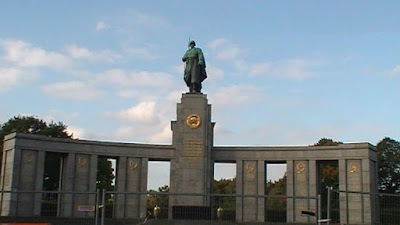 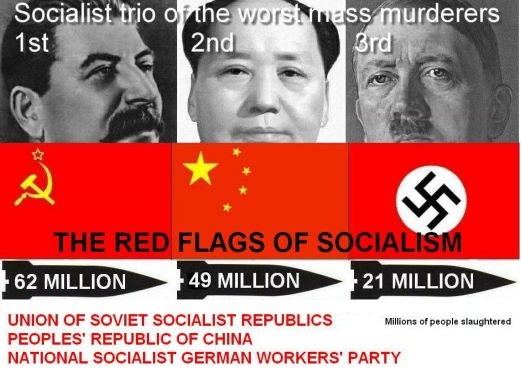 by Dennis Mitzner
I happened to walk by a Peace Now demonstration yesterday. As with other seemingly neutral pro-peace human rights organizations, Peace Now is an advocate group for the Palestinian narrative. Peace Now, Gush Shalom and other groups are indistinguishable from the far-left.
As you can see from the video (at 00:32) that I shot, one of the marchers is carrying a large red flag, with a hammer crossed with a sickle.
Millions of people were murdered in the name of this symbol. It stems from either madness, or ignorance, to carry such a flag in Tel Aviv where many descendants of the Jews who were either imprisoned or murdered under the auspices of the Soviet symbol live. The symbol should be treated with the same steadfast abhorrence that is usually reserved for the Nazi swastika.