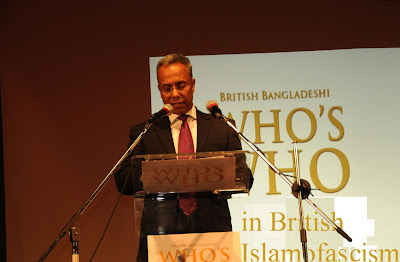 Wake up Brits and take back your country before it’s too late to do anything about it. All the TT can do is to highlight this moronic nonsense and encourage citizen activism. Organize, inform and act. KGS

H/T: Stefcho
Tower Hamlets extremist vote poses Ed Miliband’s first big election test
A man with close links to Islamic fundamentalism and the backing of prominent racists could this week be elected as the executive mayor of a council, with almost total control over its £1 billion budget.
Lutfur Rahman was sacked by the Labour Party last month as its candidate for mayor of Tower Hamlets amid deep concerns about his links with a Muslim supremacist group, the Islamic Forum of Europe (IFE), and a number of powerful local businessmen. Mr Rahman also signed up entire families of “sham” paper Labour members – some of whom do not even support the party – to win nomination as Labour’s candidate.
Mr Rahman is now running as an independent and his supporters say he is “hopeful” of victory.
“Things look very good,” said one of his major business backers, Shiraj Haque, a millionaire restaurateur. Labour sources said the contest between Mr Rahman and their new candidate, Helal Abbas, was “extremely close” and would depend on turnout in Thursday’s election.
Unlike a conventional leader, a directly-elected mayor has almost complete power over a council’s finances and cannot be controlled, checked or sacked by councillors. Tower Hamlets moved from a conventional leader system to a mayoralty this year as a result of a campaign spearheaded by the IFE. In secret filming earlier this year, Abu Talha, an IFE activist, told an undercover reporter for The Sunday Telegraph and Channel 4’s Dispatches: “The mayor is going to have a lot more control. That’s why we need to get someone, one of our brothers, in there. Which we will do.”
The law says that if 5 per cent of the electorate petition a council, it must hold a referendum on changing to a mayoral system. Earlier this year another prominent IFE activist, Abjol Miah, organised such a petition. A total of 99.3 per cent of the signatures were Asian names, in a borough which is only a third Asian.