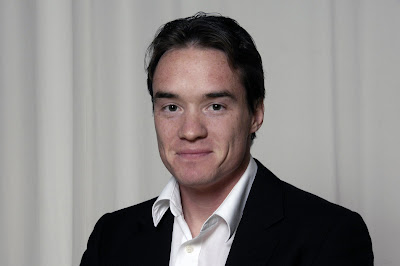 NOTE: The TT apologizes for the sketchy translation, but you can get the gist of the op-ed in spite of some grammatical errors.

H/T: Reinhard “This op-ed by Kent Ekeroth was published yesterday in the Christian newspaper Dagen.”
DAGEN: The media makes it socially acceptable to pick on the Sweden Democrats, and are therefore indirectly responsible for the violence we are exposed to.
The safety of the overall media corps with greater intensity since the election carries against the Sweden Democrats and their agents is a direct cause of the increase and escalation in the violence that is now paid to our representatives. The media is SD enemy is no secret, and it may be, but it is totally unacceptable to the demonization and dehumanization that is currently underway.
For with every false accusation of what SD is, or is responsible for reducing the threshold for using force against us.
Should someone have to die before the Swedish media understand what they are doing?
Daily we read of dehumanization.
The newspaper interviewed Day September 20 Social Democrat Nalin Pekgul describing our MPs as “Nazis” and “racists”.
The Gothenburg Post September 26 writes Henrik Wallgren about sending us to “concentration camps”.
Lars Ohly declared on election night its support for “extra-parliamentary movements”, which can be interpreted as a free pass to the extreme left-wing violent attacks. Aftonbladet launched a comprehensive safety campaign after our entry into parliament, and Expressen showed what they think of the SD when the elected’s placard showed a soiled ballot paper which lay on the pavement, fracturing walked next to a butt, and where the title was “No!” Today we are voting for Sweden against xenophobia. “This dirty campaign had its climax in Göteborg for a few days ago when a SD representative was brutally beaten and stabbed 18 times.
Another SD representative of Malmo was attacked in her home and stabbed.
At our public meetings, we become prone to throwing stones, bottles and fireworks.
It is one thing that Swedish media are against the Sweden Democrats, but quite another to spend day in and day out to be on all sorts of ways to denigrate and deny you a human value.
Media makes it socially acceptable to pick on SD: ers and are thus indirectly responsible for the violence we are exposed to. It may be enough now.
We demand the media stop to dehumanize us and begin to take their journalistic responsibilities seriously.
Journalists have the task in a review using their own sources, and ensure that they are independent and preferably more if the topic is controversial, and you should check all the facts and report all sides of the story. Every time the media portrays it as the SD would throw out all immigrants so they are betraying their mission in the time that you let a lie go by without questioning.
We welcome debate, we are happy to answer criticism of us but no longer tolerate being insulted, slandered, and painted for something we are not.
We will therefore go ahead and notify the newspapers that break the law of defamation from now in an attempt to stop the media’s incitement of SD and thereby reduce the serious violence directed against us.
Kent Ekeroth, MP (SD)