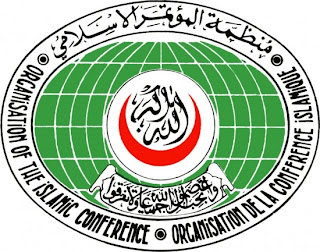 When it comes to arrogance, hypocrisy and anti-Semitism, the OIC member states and it’s leader, Ekmeleddin Ihsanoglu have no equals. In that they can honestly reign supreme.
Those of you who follow the Tundra Tabloids regularly know that the TT confronted the OIC head while he was in Helsinki in 08′, for a seminar he was chairing with a couple of Finns  sponsored by the Institute of International Foreign Affairs, a wing of the Finnish Foreign Ministery. The event, Islam in Europe, was nothing but a prearranged opportunity for the OIC head to promote his pro-Islamic agenda, in which the meme, “Islam, a European religion” was the featured talking point.
During the event Ihasanoglu made the following startling and provocative statement:
Ekmeleddin Ihsanoglu: We are not anti-Semitic, (unclear) believing in moderacy and decency as part of my belief, my doctrine, I am a Muslim, and when I pray, I pray for all prophets including Moses, Jesus and Mohamed. So you cannot speak about any Muslim, good or bad, as anti-Semitic, this is a theory, this is not the case.

The point here is, that the OIC head was not only trivializing and denying anti-Semitism, he was also being a bigot, of tremendous proportions. What he was saying was, only a non-Muslim could be a an anti-Semite, which is quite a statement coming from a leader of the world’s largest Muslim organization. And before you misunderstand the point, no, he wasn’t making the worn argument that a semite can’t be anti-Semitic, quite the contrary, he was making a religious argument that as a Muslim, he could never be considered an anti-Semite, no matter how heinous the Muslim may be. KGS 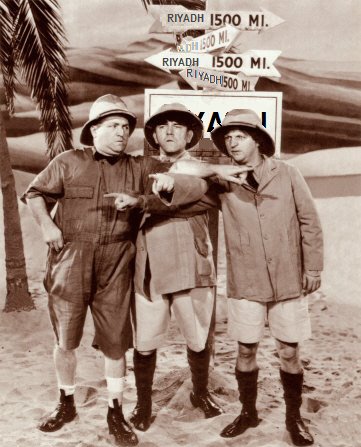 Anti-Semitism and bigotry?
There, there, and there!

NOTE: It would be good for a well known writer to pick up on this theme and use it when Ihasanoglu comes to town. There is no way he can wiggle from it, for the Tundra Tabloids has it on tape.