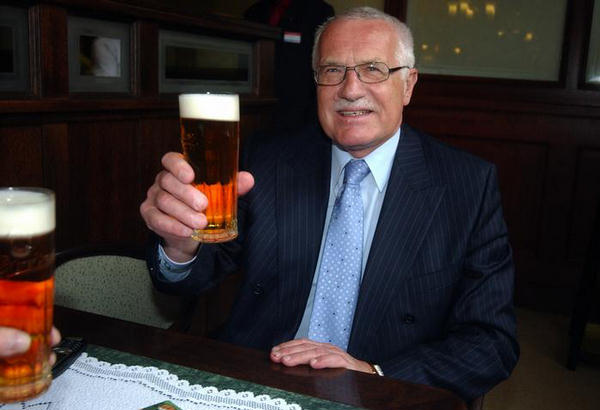 VLACLAV KLAUS: SHUT THE HELL UP BAN KI-MOON AND GET YOUR OWN HOUSE IN OREDER BY RIDDING YOUR OVER BLOATED INCOMPETENT BUREAUCRACY OF POWER HUNGRY DRONES. CHEERS.

Czech president tells UN to stay out of economics

* Klaus opposes calls for increased UN role in economics
* Says more regulation is wrong way out of crisis
UNITED NATIONS, Sept 25 (Reuters) – Czech President Vaclav Klaus on Saturday criticized U.N. calls for increased “global governance” of the world’s economy, saying the world body should leave that role to national governments.
The solution to dealing with the global economic crisis, Klaus told the U.N. General Assembly, did not lie in “creating new governmental and supranational agencies, or in aiming at global governance of the world economy.”
“On the contrary, this is the time for international organizations, including the United Nations, to reduce their expenditures, make their administrations thinner, and leave the solutions to the governments of member states,” he said.
MORE HERE.

NOTE: Sadly, instead of having excellent leaders like Klaus, we here in Finland have the socialist buffoon, Tarja Halonen, who’s a big supporter of more world governance, which means a wider role for the UN, and a faux conservative government that thinks it’s great to submit joint resolutions with the radical Islamic fundamentalist Turkish regime. click here, and here.